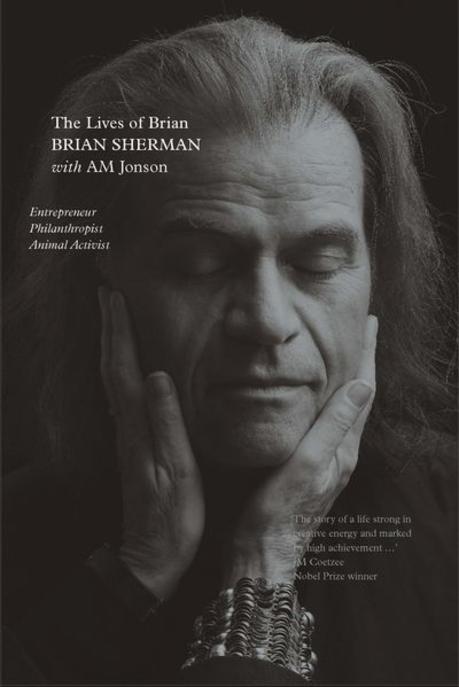 1943: shopkeeper's son Brian Sherman is born into a tight-knit Jewish community in a small South African mining outpost. The Holocaust is raging in Europe and the Apartheid regime is at its height. In 1976, with only $5,000 to his name, he moves to Australia with his young family to start a new life.

Nothing can prepare Brian for his meteoric rise or for the life-changing tests he will face. At his kitchen table he starts a fund management business with his friend Laurence Freedman. In 1986, they float a novel investment fund on the American Stock Exchange and raise over a billion Australian dollars. More billions follow, and opportunity flows.

Brian goes on to direct the finances of the Sydney 2000 Olympics, and together with Laurence, acquires an interest in Network TEN, taking it from receivership to record profits. He chairs the Australian Museum Trust and brings in a heist of priceless specimens. He and gallerist wife Gene become leading philanthropists in the arts, medical science and Jewish affairs while Brian mentors his son, Emile, now an Oscar-winning film producer. Prompted by daughter Ondine, he has an epiphany on animal suffering, and, with her, devotes himself tirelessly to ending factory farming.

Triumphant highs are interwoven with profound lows. His beloved twin grandsons are born with a rare and devastating genetic disorder. Brian and his son-in-law, Dror, go all out in search of a cure. Facing his own health challenges, and a lifelong accumulation of unexplored grief, Brian will be tested to the limits of his being.

Brian Sherman’s early life will resonate with many of his Australian readers who grew up in a suburb of one of its cities, or in a country town – school, albeit a period at a boarding school, a tightknit community, parents involved in the local club, university, work, travel, marriage, and more travel. There is, of course, one significant difference. All of this was set against the backdrop of the regime of apartheid in South Africa.

It was in that environment, and as a result of that circumstance, that Brian and his wife, Gene, had to confront a challenge with which his Australian counterparts are unfamiliar; that is, can we continue to live in our home country? That question was not only attended by what was undoubtedly the intimidating prospect of being uprooted from all that was familiar, but also the challenge of leaving family, particularly parents, behind.
Those questions addressed, if not resolved, Brian and his wife, together with their children, Emile and Ondine, set sail, at least metaphorically, for Sydney and life in its Eastern suburbs.

Brian, as a pointer of things to come, and having worked in funds management in South Africa, starts work with the Bank of NSW in that area of the Bank’s activities.

Also as a pointer of things to come, Brian was greatly assisted by Gene’s cousin, Lawrence Freidman, when it came to exploring employment opportunities.

Albeit that it does not do it justice to all the dramatis personæ, thus began the story of Equitilink.

It is an extraordinary story, particularly when viewed from 2019.
Both in Australia and then in the United States, the success which Equitilink ultimately enjoyed, rested on, amongst other things, the preparedness of Brian and Lawrence to barnstorm both of those countries.

It must have been a formidable task and made even more so in the United States by at least one early encounter.  They were at a cocktail party and met the head of international equities of an investment bank.  Brian records the meeting in these terms; they began; “ ‘Hi. We’re from Australia. We’d like to tell you about our country, a new fund and our ideas.’ We are met with cold disdain.  ‘It may be of interest to you, but not to me’ “ she replied.  She turns her back on us and walks away.”.

Brian and Lawrence were not to be discouraged and achieved great success in the US notwithstanding that early encounter. With their success, though, came third party interest and, ultimately, the decision to sell.

As difficult as that decision was, it freed Brian to pursue other passions and interests - supporting his wife with her art gallery, becoming involved in animal activism and serving as Chairman of the Australian Museum, amongst other things.

With all of this activity, though, a constant in his life is family. It is remarkable to reflect that, with all of his success and all of the demands which his professional career made on his time and energy, he never failed to make time for them. His love for and pride in all that they have achieved is a palpable feature of the book.

Brian served as president of the Australian Museum Trust, and director of Sherman Galleries and the Sherman Contemporary Art Foundation. He is co-founder and managing director of the animal charity Voiceless, a director of the Sherman Centre for Culture and Ideas, a director of the Australia-Israel & Jewish Affairs Council, and chairman of the Rambam Israel Fellowships program. For his services to the community and his philanthropy-in the arts, medical science, animal rights and the Jewish community-Brian was awarded the Order of Australia, an Ernst & Young Entrepreneur of the Year award, and an Honorary Doctor of Letters from the University of Technology, Sydney. With his wife Gene, he received the B'nai B'rith Gold Medal for outstanding humanitarianism. Brian's life has been the subject of two episodes of ABC TV's Australian Story.

AM Jonson is CEO of the Sherman Centre for Culture and Ideas. She has written and edited widely on society, ethics, technology and the arts for many presses and publications, including MIT Press as well as mainstream and specialist media. She has a PhD from the University of Sydney. Her background includes working as a strategy, corporate and communications director in NGOs, a media company and for leading philanthropists.