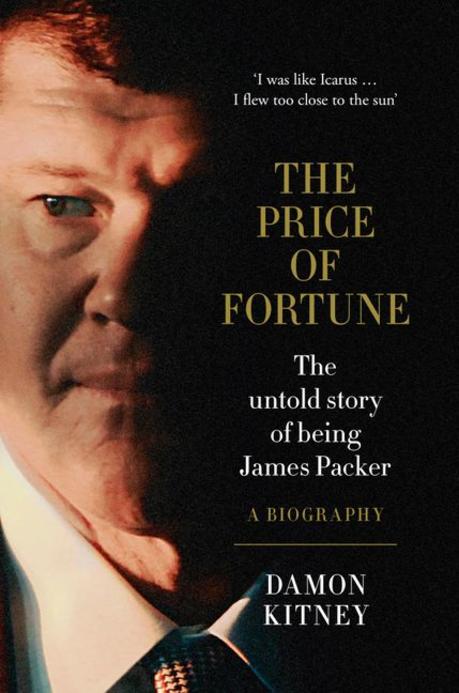 James Packer turns to Greek mythology in an attempt to explain the most exciting yet tumultuous period of his 50 years on earth.

"I was like Icarus," the billionaire tells his biographer, journalist Damon Kitney, of the heady days of 2016 when he broke up with pop star Mariah Carey, abandoned living in Hollywood and Israel, left the global casino stage, and divided the family fortune in a bitter separation from his sister.

"I flew too close to the sun."

With these words, Packer delves for the first time into the story behind his stunning public revelation in mid-March 2018 of his battle with mental health issues, which forced him to resign from the board of the Crown casino company he owns and loves.

Never before has a member of the Packer family co-operated with a writer to tell their story. In his biography, The Price of Fortune, one of the nation's richest and most psychoanalysed men opens up in an attempt to make sense of his rollercoaster life and to tell the human story of being James Douglas Packer. Of how his wealth, charm and intellect took him to such exciting places. Yet how sometimes his trusting the wrong people and his rash actions cost him his friends, his health and, most importantly, his reputation on the global stage - and how he is now working on getting it back.

For a biographer confronting the possibility of writing about James Packer, one can imagine them addressing the daunting question; what new can be written about him?

After all, there are few, if any, Australians whose lives have been better documented both in earlier books and in the press.

Fortunately for Damon Kitney and his readers, he seems to have had considerable access not only to James Packer but also his many friends, acquaintances and business associates. The result is a book whose claim in the title to be an “untold story” is not mere puffery.

Without diminishing the book, which tells the story of a varied life of a multi-faceted character, for me, there were three singular themes which emerged.

First, there is a fear of failure, although I sense that Packer might express it as a need to succeed. Without presuming to play the psychiatrist, it is easy to speculate that, notwithstanding Packer’s profession of love for his father, it was that relationship which lies at the root of this fear. In Packer’s case, failure, and success appears to be measured by wealth. As Peter Yates put it, “money will be his ultimate scorecard”.

Second, there is the paradox. On the one hand, Packer’s life is littered with fractured marriages and friendships, such as with David Gyngell, Matthew Csidei and Tom Cruise. On the other, he is a person whose business associates not only have regard for his acumen, particularly his numeracy and financial literacy, but also have a deep affection for him. Included amongst them are Peter Yates, Lawrence Ho and Lachlan Murdoch.

Third, there is the enigma. In this context, there is an interesting contrast which the author draws with with Lachlan Murdoch. Whilst Murdoch preferred privacy and focusses on his wife and children, it is said of Packer that he was seduced by the high-flying Hollywood world. Against that, he will happily retreat for extended periods to the seclusion of Ellerstina, his property in Argentia.

At the conclusion of the book, the reader is left in no doubt that, subject to Packer’s good health, there will be a sequel.

Damon Kitney has spent more than two decades in financial journalism, including 16 years at the Australian Financial Review in a variety of writing and editing roles in Sydney, Melbourne, Canberra and Perth, including five years as a deputy editor of the newspaper. Since 2010 he has been the Victorian business editor at The Australian, specialising in writing the untold personal stories of the nation's richest and most private people.