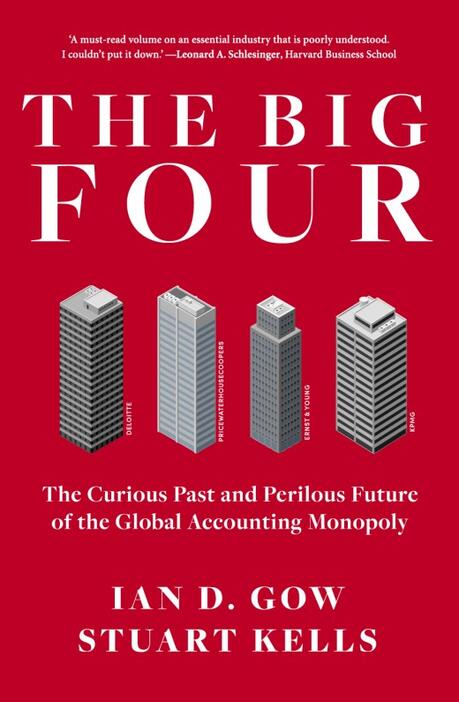 Across the globe, the so-called Big Four accounting and audit firms – Deloitte, Pricewaterhouse Coopers, Ernst & Young, and KPMG – are massively influential. Together, they earn more than US$100 billion annually and employ almost one million people. In many profound ways, they have changed how we work, how we manage, how we invest and how we are governed.

Stretching back centuries, their history is a fascinating story of wealth, power and luck. But today, the Big Four face an uncertain future – thanks to their push into China; their vulnerability to digital disruption and competition; and the hazards of providing traditional services in a new era of transparency.

Both colourful and authoritative, this account of the past, present and likely future of the Big Four is essential reading for anyone perplexed or fascinated by professional services, working in the industry, contemplating joining a professional services firm, or simply curious about the fate of the global economy.

The Big Four traces the history of accounting practice and practices, particularly the large firms, from the Renaissance and the Medici Bank to the present day. The authors then ask; are the big four and other accounting practices sufficiently robust and resilient to manage the challenges which lie ahead?

The authors explore the issue of “how the Big Four began in the dangerous world of 19th-Century accountancy”.  For a former insolvency practitioner, it was interesting to note that it was the significant increase in the number of English bankruptcies during the 19th Century which informed the development of accounting practices.

It was also in the 19th and early 20th Centuries that names that are still with us, such as, Deloitte and Waterhouse, emerged. The authors begin tracing the emergence of the firms which today make up the Big Four by debunking the view that accountants are colourless characters or, as they put it, “grey men in greyish flannel suits”.

In response to this suggestion, the reader is introduced to a number of colourful characters, such as, Sir Albert Wyon – a dyed-in-the-wool bachelor with a fondness for chorus girls!

With the development of the Big Four came the development of accounting standards. Of this process, the authors say: “The large accounting firms use their links with regulators and standard-setters to co-produce a code… that is rich with acronyms, jargon and euphemisms. No intelligent amateur could any longer make sense of the arcane professional standards, company accounts and audit reports.”

Still, I will concede that it ill behoves a lawyer to adopt such a characterisation.

The other development upon which the authors focus is the expansion of the practice of these firms into advisory services more generally. Although, that is a development which has ebbed and flowed depending on the environment. For example, the collapse of Enron and the consequential disappearance of Arthur Anderson is one seismic event which impacted the broad-ranging practices of accounting firms.

One can only speculate as to the reaction of Commissioner Hayne to the various touchpoints which now appear to exist between audit firms and their clients.

Following an exploration of the early engagement of the Big Four firms with China, the authors then consider what might lie ahead for these firms. In this respect, the authors conclude: “The firms have come too far to return to their principles-based past. Yet they will only be able to meet their future, and will only be able to understand and grapple with disruption, if they understand where they have come from.”

That said, as is recorded, one United States Attorney-General, when commenting on a penalty imposed on KPMG, acknowledged that it was too big to be allowed to fail an interesting even diabolical moral hazard.

Ian D. Gow is currently at Harvard Business School and will soon take up a professorship at the University of Melbourne. Before Harvard, he held positions at Morgan Stanley, General Motors, Stern Stewart & Co. and Andersen Consulting. He has a PhD in business from Stanford University, an MBA with distinction from Harvard Business School and degrees in commerce and law from UNSW.