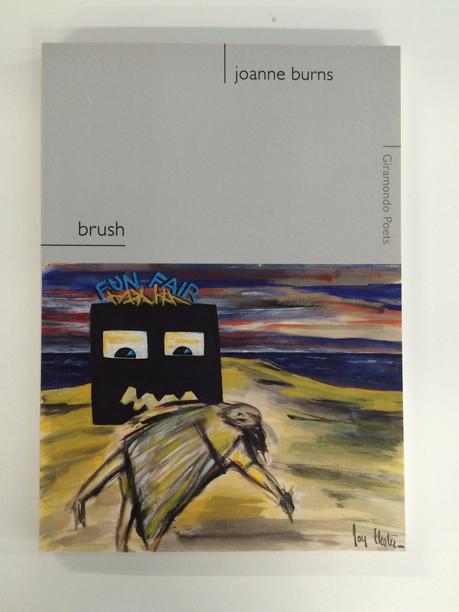 In brush Joanne Burns continues her investigations into the odd junctures and social juxtapositions within everyday encounters. Her work is comical and satirical, but her poems also have an intense meditative poise and an intimacy of voice. The opening sequence ‘bluff’, which examines the world of finance, throws the absurdities of market economics into stark relief. A poet of meticulous craft, Burns’ diction is pinpointing and penetrating, yet it is always tempered with playfulness. Sydney is the poet’s recurrent locale, and in her poem ‘comb’, Bondi Beach is centre stage, both in its glamorous and not so glamorous aspects: ‘even the sewer outlet water, its stream/ etched into the beach right down to the surf,/ could not stain Bondi’s ascendency.’ Burns’ ear is always cocked for the right cadence, the right rhythm.

She achieves a sustained and generous weaving of conversational phrasings and intensities of tone through the way in which she negotiates her line-endings with the syntax. This book demonstrates that Burns is one of the most skilled practitioners of the free verse line, and she has the ability to build sequences of short pieces into beautifully weighted larger structures. Alert to the complexities and contradictions embedded in our moral and social lives, she gives us poems in which we can see the points at which these mix and intersect. Her poems allow as much emphasis to music and speech as to the image, and she explores her own unique terrain with a courageous and playful consciousness. Her ability to be constantly surprising is a hallmark of her work in general, and particularly in brush, her 16th collection.

This poetry takes as its starting point the life of the body in all its materiality and presence; this striking faith in bare life delivers rewards as the poet skilfully works simultaneously outwards and inwards. Although the materials burns assembles in these poems are drawn from the realm of the quotidian, they are situated within global circuits of commerce, power, taste and discourse. By weaving the global into the daily she immerses the reader in intense visceral moments of being, connected to multiple histories and flows. While apparently modest in scope this intrepid and original poetry’s achievement is considerable as the commonplace is excavated in all its multifarious dimensions.