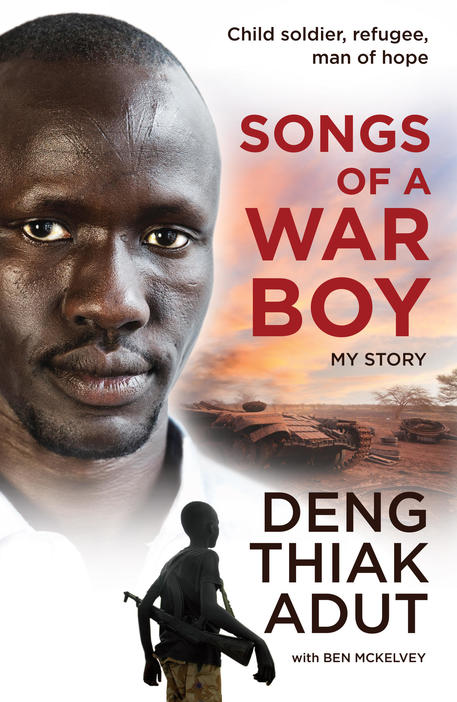 Songs of a War Boy tells the story of Deng Thiak Adut, a Dinka man from South Sudan who arrived in Sydney as a refugee in 1998. When he was seven, Adut was taken from his village to become a soldier in a catastrophic civil war. At 14, through a miraculous set of events, he found himself in a Blacktown flat, safe but with memories of profound suffering, degradation and despair.

In this superbly related autobiography, those memories sit alongside ones created in Australia, where Adut embraced the qualities of fairness and acceptance he recognised in a companionable soccer team, a believing ticket inspector, and the offer of a lawn-mowing job. At the same time, racist taunts and discrimination become the subject of penetrating conjecture and reflection, Adut recognising that many Australians mistake African-Australian men’s fear for anger. Adut and co-author Ben Mckelvey reveal much about both societies.

Epic in the simple way of the Greek tragedies, Songs of a War Boy is attentive to the absurd, unshrinking from the psychology that sees a child wittingly kill — or die — and gracious in its acceptance of human experience.