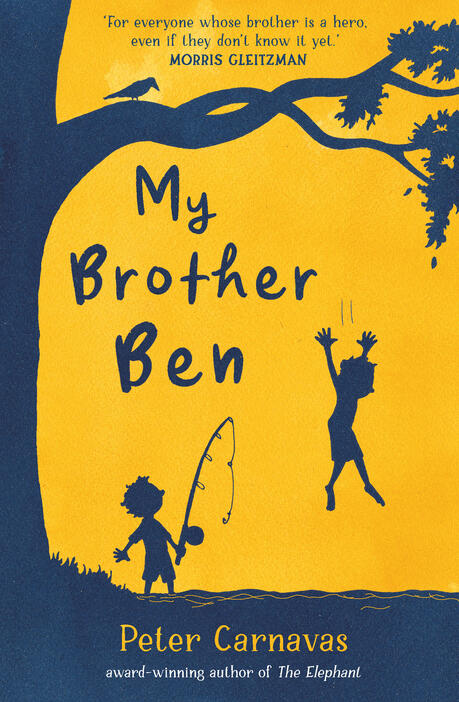 Deftly written and at times cinematic and haunting, My Brother Ben by Peter Carnavas, is an unassuming gem of a novel. It tells the story of Luke and his big brother, Ben, and their adventures along the banks of Cabbage Tree Creek. Carnavas has crafted a well constructed story that explores the dynamic between brothers. Enriched by Carnavas’ own illustrations, this story knows what it is and doesn’t pretend to be anything else.

It’s the simple things that make My Brother Ben resonate: the goal of winning a boat so the brothers can go fishing, the love of birds and bird-watching. Even the setting of Cabbage Tree Creek harkens back to a place where it feels like time stands still. Yet, things are changing with Ben starting high school and Luke feeling left behind. As the bond between the brothers frays and tugs, Carnavas captures universal feelings like jealousy and the fear of being left out with delicate detail.

My Brother Ben stands out because of the subtle, palpable atmosphere that runs through it, the understated yet relatable storyline, the realistically portrayed characters, and the circularity and completeness of its ending. The world Carnavas has created is at times meditative and reflective. Anyone who has grown up with brothers will identify with this tender story as it captures the essence of the relationship between younger and older brothers. It’s a truly Australian story — modern, yet timeless.