The Russell Prize for Humour Writing 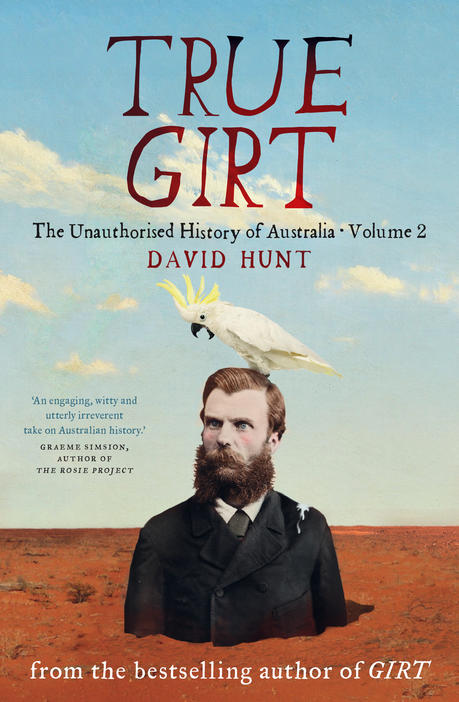 True Girt: The Unauthorised History of Australia — Volume 2, is the sequel to Girt, David Hunt’s first history, which told the story of the white settlement of Australia up until the rule of Governor Macquarie. True Girt continues the story, unpicking our national myths about peaceful settlement and universal progress as he details the settlement of Van Diemen’s Land, Victoria and the extension of settlement in NSW — with occasional sideswipes at South Australia. The dispossession of Indigenous Australians is not minimised but is recounted with a dark comic irony. With a humourist’s sharp eye, Hunt gathers a colourful cast of characters including an LBGTI bushranger, convict cannibals, a drunk and lecherous governor, feuding explorers and greedy squabbling squatters, to tell a history which is often disturbing and regularly absurd.

This is no solemn recounting of the facts, but a sharp skewering of pomposity, self-interest, absurdity and obfuscation. In an extraordinary display of highly detailed research, Hunt shows us a history that is rich, violent, exciting, shameful, silly, and often hilarious. It looks under the rug of mythology and, with brilliantly nonsensical footnotes, proves the rug was always a cover for the real and much more interesting story. True Girt is a fresh, funny and highly entertaining account of a sometimes bloody history that will make the most reluctant student of history sit up and listen — and laugh.

David Hunt is an unusually tall and handsome man who enjoys writing his own biographical notes. His first book, Girt: The Unauthorised History of Australia, won the 2014 Indie Award for non-fiction and was shortlisted for the Australian Book Industry Awards and NSW Premier's Literary Awards. The sequel, True Girt, has been shortlisted for Audiobook of the Year at the 2017 Australian Book Industry Awards and for the greatest prize of all - the 2017 Russell Prize for Humour Writing. David's first children's picture book, The Nose Pixies, was published in 2016.  David has a birthmark that looks like Tasmania, only smaller and not as far south.