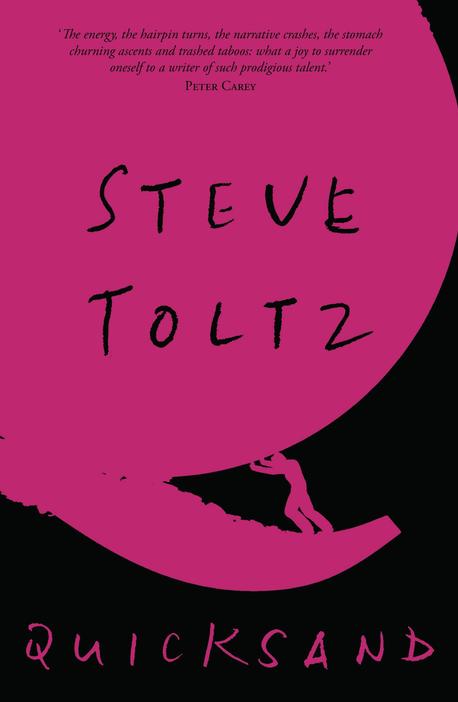 Quicksand is the much-anticipated second novel by Steve Toltz, whose debut, A Fraction of the Whole, garnered rave reviews internationally when it was published several years ago.  Indeed, Quicksand owes much to its epic predecessor as its genesis springs from material cut from the earlier novel. The story — narrated by Liam, an aspiring writer-turned-policeman — chronicles the life of his friend Aldo Benjamin, an eternally optimistic ‘born loser’.

As Aldo’s life disintegrates around him, his decline assuming mythic proportions, Liam’s quest for meaning assumes existential profundity and comic exhilaration. Frequently tears of laughter are pursued by pangs of grief. Toltz switches styles with virtuosity as he scales comedic peaks and plumbs despairing troughs, always taking the reader with him. The skill of the writing allows both emotions to coexist as his anti-hero moves towards an unlikely apotheosis.

The 2017 Russell Prize shortlist contains three novels, two histories and one memoir. While it is difficult to compare such different genres, Quicksand stood out for the beauty of its writing, the complexity of its insights and its sharp, intelligent, wise humour. It is a remarkable novel, with its combination of comedy, intellectual depth and poetic style extending the genre of comic writing. Toltz’s prose cascades effortlessly as he examines themes of fortune, chance, pre-determinism and creativity; and of course, love and friendship, obligation and responsibility.  It is a wonderful achievement from a writer whose words serve as a scalpel to reveal the absurd beneath the veneer of serious existence.