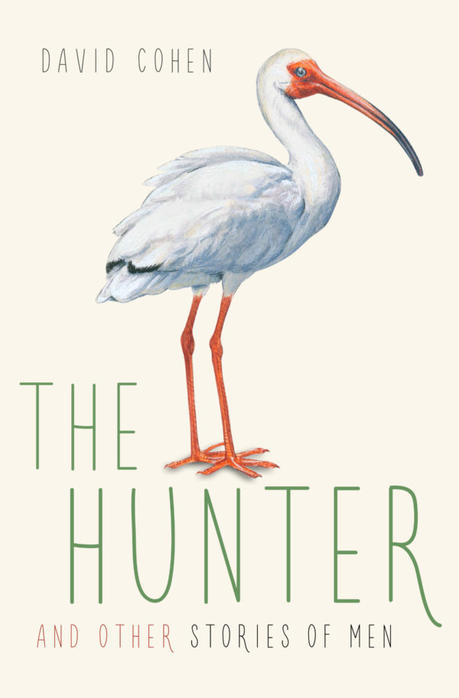 The Hunter and Other Stories of Men is an eclectic collection of short stories that reveal a fine sense of the absurd, the central impulse of lasting humour. The stories are all original and unexpected, each one connected by a unified comic sensibility. These are not the stand-up comedian’s one-liners; they have an awareness of the absurd, the surreal, the comic, in everyday life; the true comic’s unsettling serious gaze at the strange ways we make sense of existence.

The stories range widely and wildly: the tale of the developers and the coffee-addicted ibis;  the case of a Jerusalem syndrome sufferer who channels travel books instead of sacred texts, the employee whose job it is to pose as a woodcutter in the forest for tourists, the man who ‘looked a bit like George Harrison’;  the lament of the fake ( but vocal) bus-stop at a dementia unit,  the handless piano player; all of them variations on a theme of dysfunctional men – and one dysfunctional bus-stop. Each story is grounded in a world which is vivid, alive, detailed – and just that little bit bent in the strangely reflecting mirror Cohen holds up.

The Hunter and Other Stories of Men, stands out for its original, imaginative narratives, its assured evocative style, the obvious warmth of the narrator for all his flawed characters, and most of all, for its sustained comic vision, all of which made it our winner. Good comic writers might challenge us on our foolishness, but they always include themselves as The Fool. Cohen’s wry voice let’s us know, yes, we are all a little mad, but let’s kick on anyway.

David Cohen lives in Brisbane, Queensland and is the author of the novels Fear of Tennis and Disappearing off the Face of the Earth. The Hunter was shortlisted in the 2015 Dorothy Hewett Award for an unpublished manuscript.