The State Library has acquired a copy of Die Papuaner, an early 19th Century novella set in New Guinea featuring an Aboriginal Australian character. This is a significant work as it is potentially the first characterisation of an Aboriginal Australian in fiction following European settlement in 1788. Only one other copy of this appears to be recorded in collections worldwide.

Die Papuaner is a German language novella from 1810. Set in a fictional New Guinea settlement, it includes amongst its cast of characters an Aboriginal Australian named Nanguar. Presented as a Christian and a fluent English speaker, his character serves as an interpreter to the captain of a European sailing ship who visits New Guinea and begins a settlement. 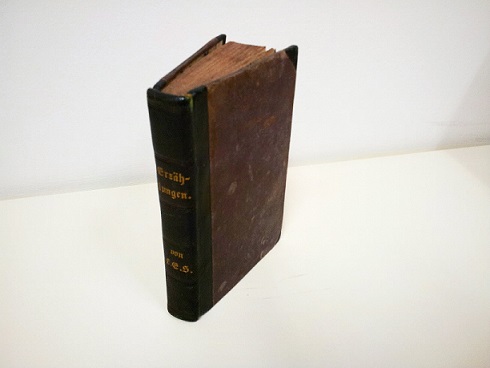 Throughout the novella Nanguar is depicted as an intelligent, innovative and independent thinker whose contribution to the settlement and the European characters is crucial. Further, with the exception of the principal characters, the novella includes negative characterisations of Europeans, militarisation and overall serves as a parable, warning of the dangers of the lust for power.

The work shows the unselfconscious prejudices of 19th Century Europe. The Papuans of the novella are depicted as “noble savages” who are in awe of the benevolent European settlers and who, like Nanguar, become Christian converts.

Die Papuaner is located at MRB/207.