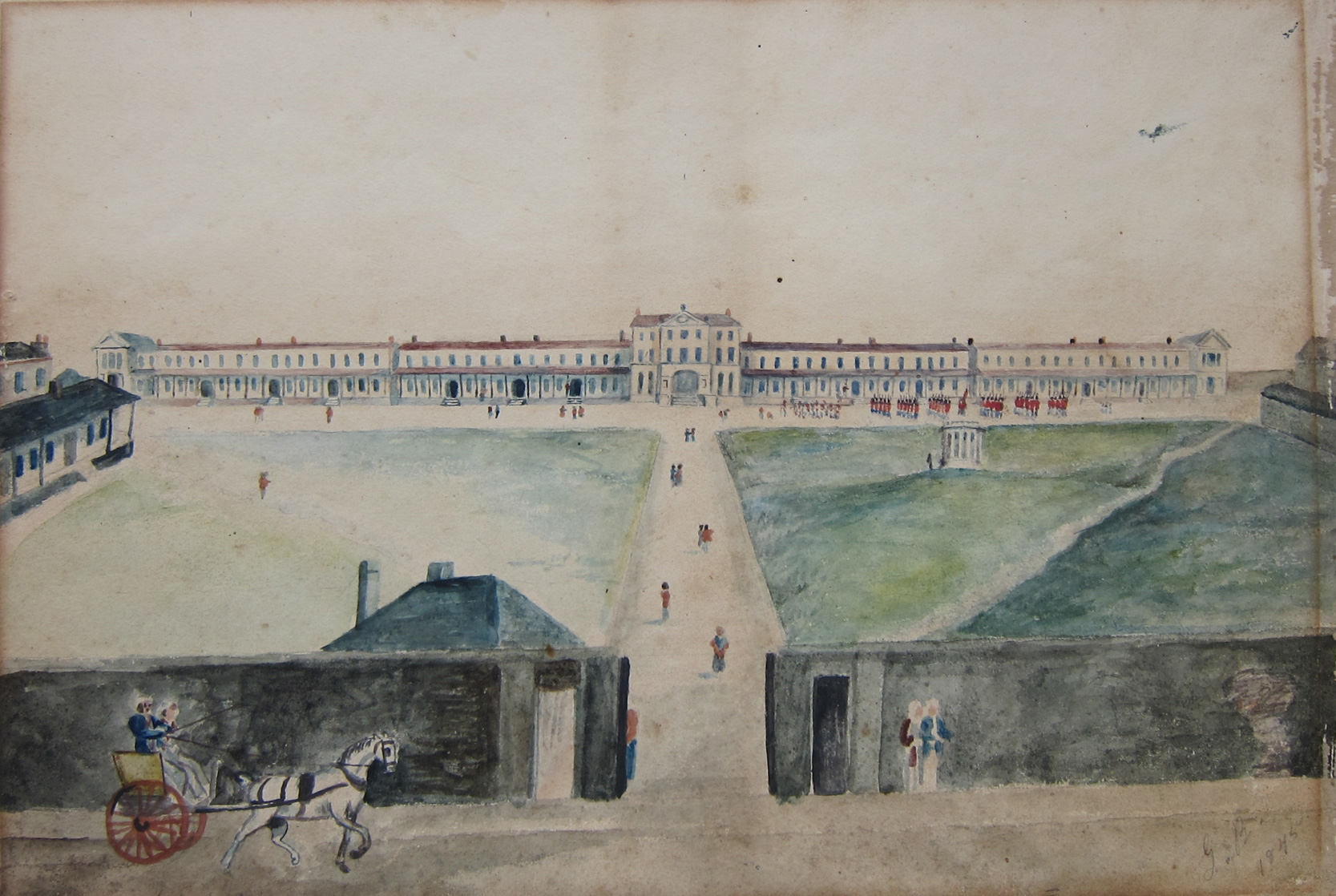 Eight watercolour views of Sydney by George Roberts have been donated to the Library’s collection.  George Roberts arrived with his family in Sydney in 1840 and worked as a theatrical scene-painter and carpenter.  A 'G. Roberts’ is listed in Low’s Sydney Directory for 1844-45 as a 'painter’ (i.e. house painter) off Bathurst Street, however he was also painting scenery for Sydney’s Royal Victoria Theatre. The Prince of Wales Theatre opened in 1855 with scenery constructed by Roberts.

Residing in Victoria Street, Paddington, Roberts produced many watercolour scenes of Sydney and the eastern suburbs. Some of these works may have been preliminary works for stage designs.

A number of his works are already in the Library’s collection. His album The Holes and Corners of Sydney As They Are and As They Were, 1836-1864 is part of the Dixson collection, DL PX 52.

This new collection includes scenes of the the military barracks at Wynyard, the Royal Botanical Gardens and Mrs Macquarie’s Chair and views of Sydney from the North Shore. Dating from around 1845 to 1865, Robert’s work captures elements of the old town; the remnants of buildings, streets and windmills from convict Sydney that were on the verge of being demolished to make way for the land subdivisions of the latter 19th century.

These watercolours were presented to the Library by a great, great grand-daughter of Roberts in April 2012.