The Trust Company Foundation recently donated the World War I diary of Gunner Norman Pearce to the Library. They had been handling the affairs of the late Miss Mary Pearce, niece of Norman Pearce and came across the diary in her estate. 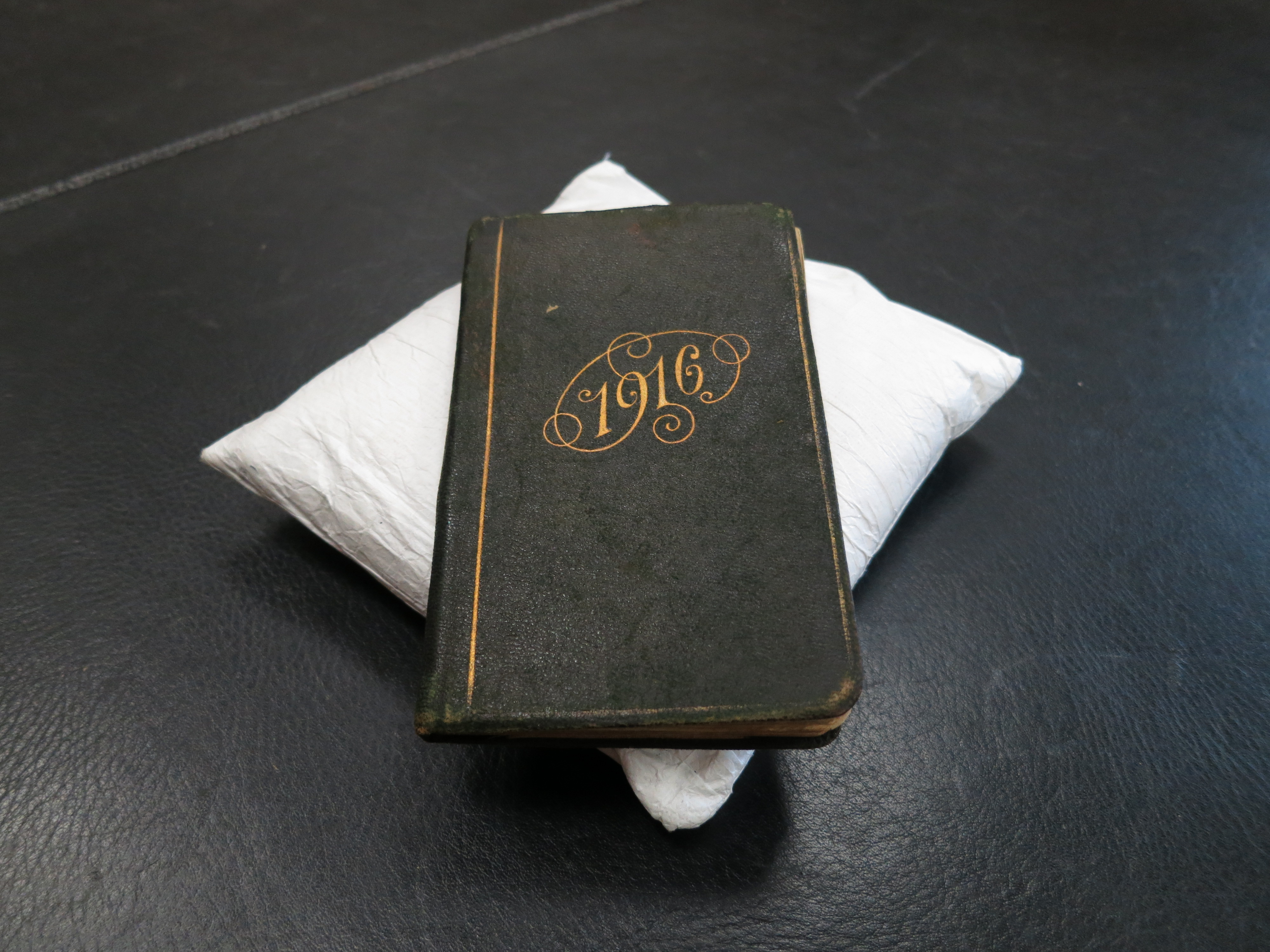 The green pocket size diary from 1916 belonged to 25 year old Gunner Pearce. Pearce joined the Australian Imperial Force in Liverpool, N.S.W.  in April 1915 and left Australia in May of the same year. He served on the Gallipoli Peninsula before being evacuated and transferred to Egypt and then France.  The diary is in very good condition and written in tiny handwriting in both pencil and pen. It depicts life as a soldier during WWI and gives fascinating insight into the day to day lives of Australian soldiers serving overseas. It describes the thoughts and feelings of the young soldier in Egypt and France giving his opinions on his various commanding officers and telling how he narrowly escaped death on several occasions. In November 1916 he fought at the Battle of the Somme where he died on 20 November.

The diary is now one of more than 780 diaries by over 360 WWI diarists held in the Library’s collection. In preparation for the WWI centenary in 2014, the collection is currently being transcribed and digitised with over 300 diaries available through the online catalogue to date.

The Library’s extensive WWI collection was initiated in 1918 by Principal Librarian W.H. Ifould when he recognised the future importance of collecting personal records and papers of returning servicemen and women. He embarked on the European War Collecting Project. Ifould advertised in mainstream print media throughout Australia, Britain and New Zealand, with the catchphrase ‘Good prices paid for good material’. Through the drive he acquired personal papers of predominantly Australian servicemen and women many of which included their diaries. The diaries are of particular interest as the soldiers were banned from keeping them. As a result the diaries were often pocket sized and easily concealed, resulting in well preserved diaries.

The Library is extremely pleased to add Gunner Pearce’s diary to its collection, particularly with the 2014 anniversary rapidly approaching. It has been catalogued as Norman Lee Pearce World War I diary, 1 January - 8 November 1916 (Mitchell Library call number MLMSS 8587) The growing list of war diaries available online, can be found by searching the phrase ‘State Library of New South Wales collection of World War I diaries’  in the Manuscripts, Oral History and Pictures Catalogue