At last, the final two wet-plate glass negatives from the Holtermann Collection have been digitised. They are over a metre long (1.36m x 0.95m) and were made in 1875 from inside Holtermann's residence, known as "Holtermann's Tower" in St Leonards. The negatives display views of Sydney Harbour, Garden Island to Millers Point, from Lavender Bay.

These plates are the final and most challenging plates to be digitised from the World Heritage listed Holtermann Glass Plate Collection. It is comprised of around 3,500 wet glass plate negatives of varying sizes made by Holtermann's photographer's Charles Bayliss and Beaufoy Merlin over the period 1871-1876.

The digitisation process of this considerable collection began as an initiative of Imaging Services Manager Scott Wajon in 2009. The Collection had been digitised previously as "copy negatives"; Scott saw these and realised they had nothing like the detail that could be achieved with our current equipment. Thanks to Scott's perseverance and the successful fundraising coordinated through the Library’s Foundation, a dedicated team of talented people began digitising the whole  Holtermann negative collection - starting from the smallest  and ending here,  with the digitisation of the largest historical wet plate negatives currently know to exist. The negatives have been digitised to reveal a spectacular level of detail and are available for viewing on the library's website. 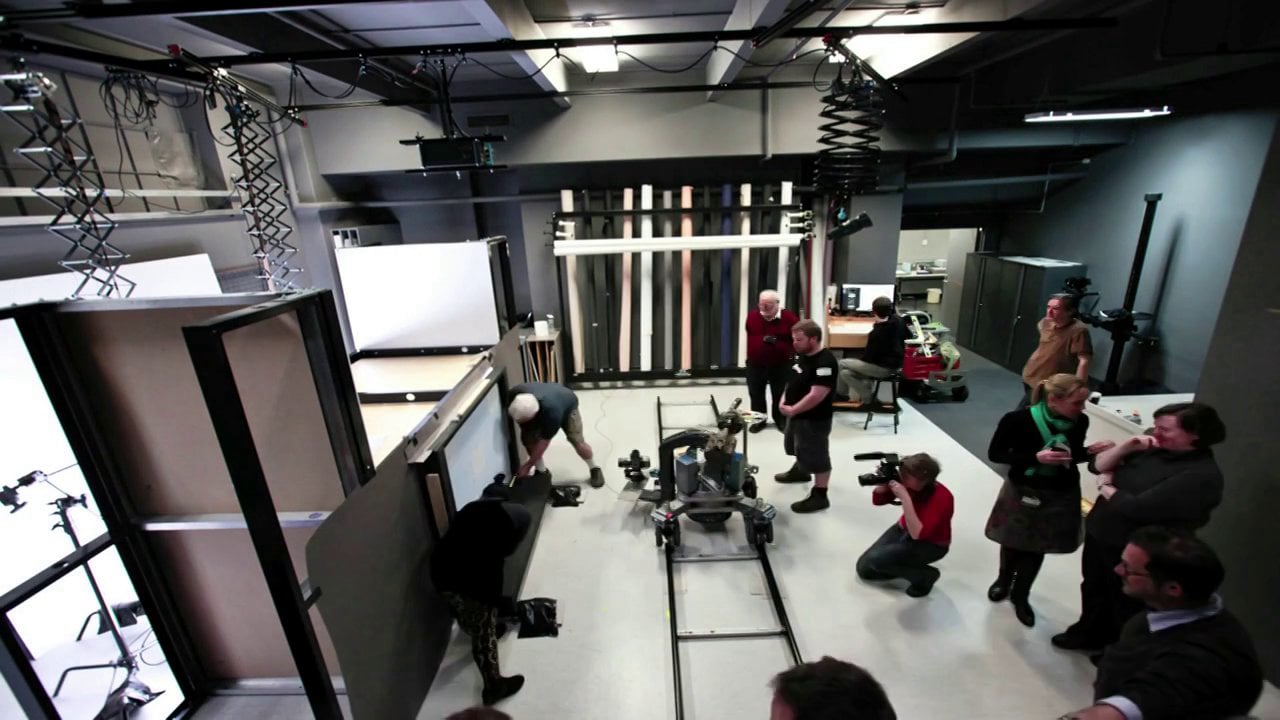 This video is behind the scenes interviews and footage of the digitisation process of the heritage listed Holtermann Collection, which is comprised of approximately 3500 collodion wet glass plate negatives. Ranging from small quarter plates, to the two largest glass plates in the world that are over a metre on the longest side.

How did we do it?

It was a challenge to digitise such enormous negatives. They took three days to shoot and much longer for preparation. It required the cooperation of a large multi skilled team, a combination of  some high end equipment and considerable ingenuity. The challenges of digitising these glass plates were many and varied, not least of all the potentially hazardous combination of size, age, unwieldiness and fragile emulsion.
Imaging Services Coordinator Bruce York and Senior Photographer Hamilton Churton took on the task of working out the technical details of how to digitise the glass plates to the required standards. After collaborating with experts from various divisions in the Library, considerable preparation and research, a support structure was designed and built and a plan was made.

A small group that included Alan Davies the Library's curator of Photography and members of the conservation team wheeled the enormous wooden box into the Imaging studio. As the first plate was carefully removed from its home, the nervous and excited team looked on. The plate was, much to everyone's relief, successfully and deftly fitted snugly into its custom built, rigid, vertical support. It was built this way because the sheer weight of the negative could have caused the glass to break had it been laid out horizontally. As with a standard negative, light was needed to bring the scene to life. Behind the negative a custom made light box with daylight balanced keno's was switched on illuminating the enormous negative and its incredibly detailed landscape of a very young Sydney Harbour.

The 50-megapixel Hasselblad camera then had to be attached to a remote controlled custom built dolly system, the tracks were measured and set up a specific distance from the illuminated negative so that the camera could roll across from one side of it to the other, and then be elevated on the dolly to do the same again. Because of the sheer size and detail, the negative needed to be shot in multiple parts and stitched together in Photoshop. One of the biggest challenges of this was the precision needed to get the camera lined up perfectly for each shot so the final image file would be the highest standard possible. This job fell to Senior Photographer Hamilton Churton and Coordinator Bruce York who had spent many hours prior to shooting, testing and making calculations.

After all the camera attachments had been made, the overhead lights were switched off and all that could be seen was the glowing negative and the expression of concentration on the Hamilton's face bathed in light as he cautiously shot each segment, checking the results onscreen before moving on to the next shot. This process was painstakingly carried out for both negatives.

Hamilton took the resulting digital files and successfully processed and stitched them together. In the final images, the amount of detail visible amazed even the people working most closely with the negatives. Below is one of the negatives, Sydney Harbour from the Holtermann residence, with a detail.

You can find out more about this collection in The Holtermann Collection story.

A number of people need a special mention for making this final stage of the project a success: