The examples in this blog post are from the presentation I gave recently at the Multicultural Library Services in NSW Public Libraries Seminar.

From the NSW Public libraries local studies audit the combined collection of local studies material across the state is at least 2.9 million items and over 21 329 metres. For the libraries which hold this local studies material, almost 50% have no records on Trove so this material can not be discovered without searching specific library catalogues or websites, with less than 16% of local studies collections being fully searchable on Trove. The effects their wider use, making it harder for people to connect information from different libraries. Over 40% of the councils surveyed have no digitisation program, and there is very limited digital original content being collected. 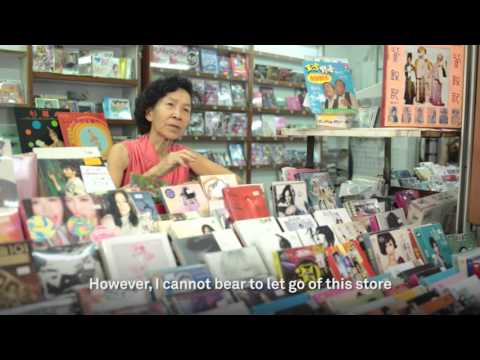 Key partners in increasing the collecting of multicultural material for local studies collections are the NSW local studies staff working with local communities.  It is important to collect all of the community, and how this changes. This could be by photographing streets, or recording oral history. There is still a shift needed so that more diversity in communities is collected for local studies.  Some of this is about cataloguing and some of it is about collecting.

This recent article highlights the importance of collecting material such as websites.  In Australia we are fortunate to have PANDORA.  So that we can see the Australian-Italian Festival from 2006  and  2017, as well as the years in between.  The Internet Archive is also very useful.

There are many ways to collect and share information or local studies relevance.  The Smithsonian Asian Pacific American Center has a blog about food, which includes stories about the food.

When collecting information by and about your mulcultural community, do not only collect in English.  Collecting material in people's first languages, or even bilingual information will provide a different perspective.  The Yiddish Book Centre collects material in Yiddish, English, French and Russian.  Collecting memories in Singapore is also done in multiple languages.

Boulder Public Library in Colorado has been collecting oral history recordings in Spanish and English for many years.  Dfclanntair is a bilingual project with some local studies elements, including recordings.

Cities and memory is a site looking mostly at ambient sound, but ambient sound is still crucial collecting as the sounds of an area change over time.   Europeana also has some sounds as well.

There are standards and guidelines to help with digital collecting.  Trove Australia can be a way to find material relating to multicultural community.  Trove twitter bots are a way to hightlight certain collections on Trove, such as this  one, Trove CHIA bot, which is 'Tweeting items from Chinese-Australian Historical Images in Australia'.  You can make your own.

This blog shows a few of many possibilities for collecting multicultural information for local studies.

Previous post
Recent changes to copyright in Australia, a presentation by Jessica Coates for public libraries
Next post
A round of mocktails