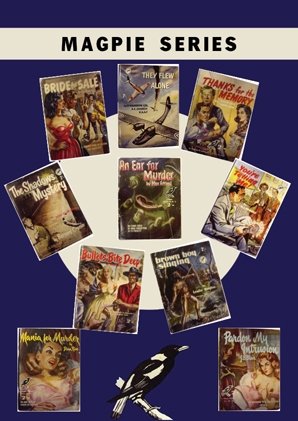 Since the re-imagining of the crime fiction genre by Edgar Allan Poe, in the first half of the 19th century, the popular fiction publishing market has been dominated by tales of criminals and a vast array of amateur and professional detectives. The decades following World War II witnessed the development of one of the most colourful periods in the history of crime fiction: the pulp era. Throughout the 1950s and 1960s a vast amount of material, printed upon cheap paper with soft covers, was produced. One of the better-known names in pulp fiction is Carter Brown, the most famous pseudonym of Alan Yates (1923-1985), a man who took a hardboiled approach to many of his stories by focusing on his lead character and their interactions with often bad, but always beautiful, women. Littered across the pages of these incredibly popular books is a vast array of blackmailers, ex-husbands, gamblers, gangsters, informants, murderers, thugs, slow men, fast women and great one-liners. In many ways the writer who is best known as Carter Brown personifies pulp fiction, having published almost three hundred short novels on cheap paper with colourful, sexually suggestive covers between the release of his first stories in the early 1950s and the publication of his last novellas in 1984.

There were, however, many contributors to the pulp fiction phenomenon. The State Library of NSW has recently acquired some wonderful examples of these works including: Dixon Rice’s Mania for Murder; G Vardy’s Bride for Sale; and John Carlshon’s Bullets Bite Deep.

Of particular importance within these recent acquisitions is F. C. Neild’s The Pyjama Girl Mystery: the complete story of Australia’s most famous case. Today, our book shelves and our television screens feature numerous examples of true crime stories. Crime novels have often taken their plotlines from real cases but the true crime genre was not formally established until the publication of Truman Capote’s In Cold Blood in 1966. This work, published in the 1940s, is therefore an outstanding addition to the collection for two reasons. Firstly, it is an excellent physical example of pulp publishing: a flimsy cover; provocative artwork; and brittle pages covered with small marks and stains. Secondly, it is an outstanding piece because it highlights a level of creativity and innovativeness not often associated with the authors who produced pulps. The Pyjama Girl Mystery is simultaneously a book of, and well before, its time.

Office of the State Librarian