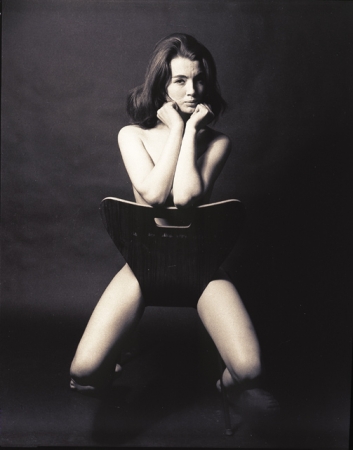 Lewis Morley was born in Hong Kong 1925 and immigrated to Australia in 1971. Here he worked for a time with Studio Ben Eriksson, and in partnership, Babette Hayes Interior. His commercial work flourished in local style magazines like Belle, Pol and Dolly until 1987, when he retired. He now lives in the inner west of Sydney.

This beautiful new publication reveals once again the photographic genius of Lewis behind the camera. Lewis Morley’s career has spanned 50 years and his photography covers most walks of life. However, he is probably most known more for his portraiture of which the nude depicted above is a famous example (used with permission from Lewis Morley and T&G Publishing).

During the 1960s he took the first published photographs of Jean Shrimpton, Twiggy, Michael Caine, Susannah York and Charlotte Rampling; as well as his key portraits of Christine Keeler and playwright, Joe Orton.

This limited edition is presented in a beautiful custome-made box case and is number 23 of 150 sets, published by T&G Publishing in Sydney. The set consists of the hardcover book: I To Eye (with over 270 duotoned and colour photographs), an 8 page booklet/certificate with text by Lewis Morley, and one Type-C print on Fuji Crystal Archive Flex numbered and signed by the photographer. It is housed in the Mitchell Library at F/1914.