This map first appeared in 1540 in Munster’s publication of Ptolemy’s Geographia and in later editions until 1552. It was also issued in many editions of Munster’s Cosmographia from 1544 to 1628. Cosmographia was the earliest German description of the world.

Based on the map’s title and details, it appears that this map was produced for a later edition of Geographia, probably that of 1552.

Munster’s map is the earliest to show both continents of America and the first to use Magellan’s name, Mare Pacificum (Pacific Ocean). Magellan’s galleon, Victoria, is shown near the Straits of Magellan. 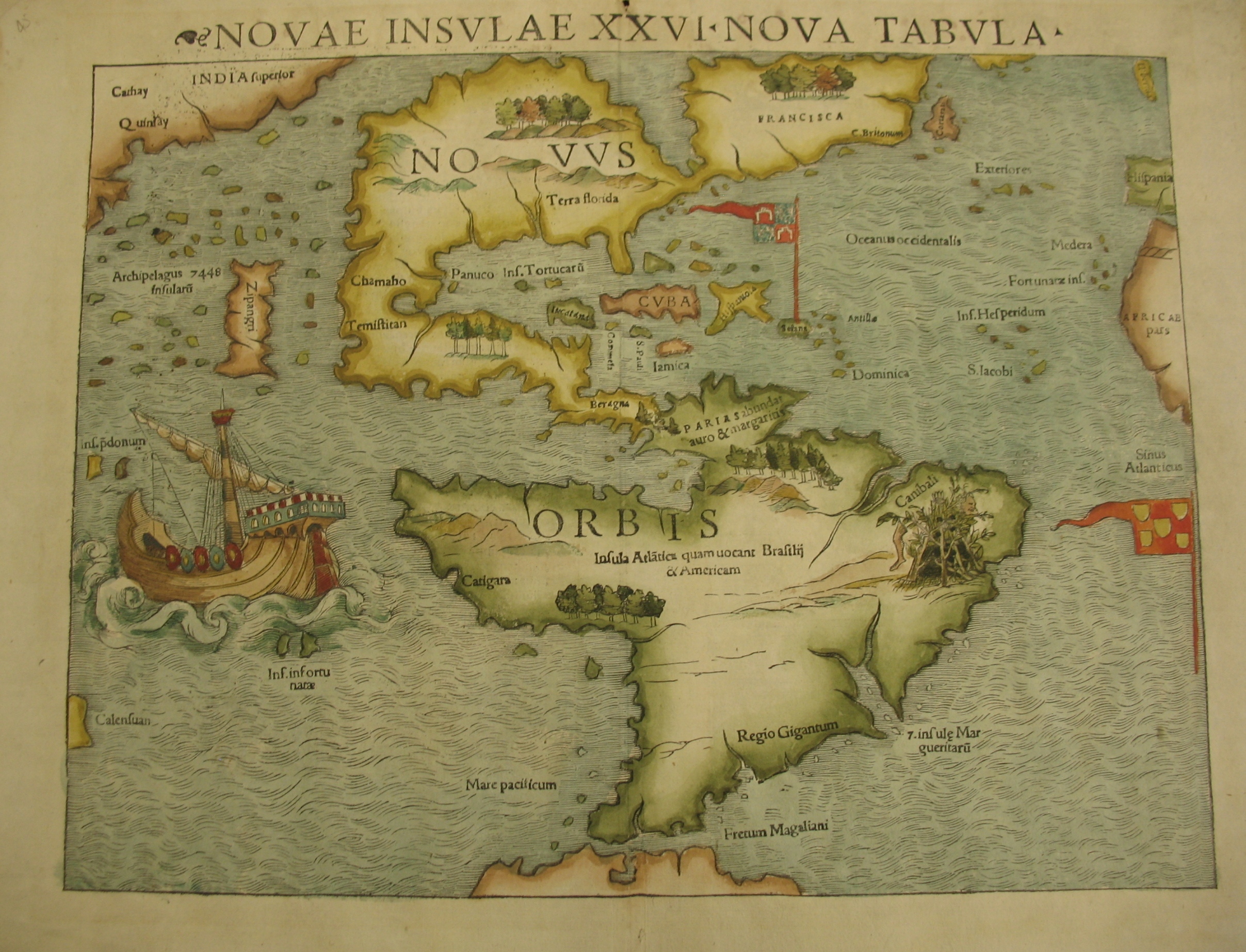 A feature of the map of North America is the dominance of the sea of Verrazzno – a cartographical error created by explorer Giovanni da Verrazzano thanks to his exaggerated description of the Pamlico Sound in 1524.

The map also marks the first appearance of Japan (named Zipangri) on a map, before European contact – it was based on the legends of early explorers such as Marco Polo.

Part of South America is shown as being inhabited by cannibals – this is discussed in the Latin text on the verso of the map. 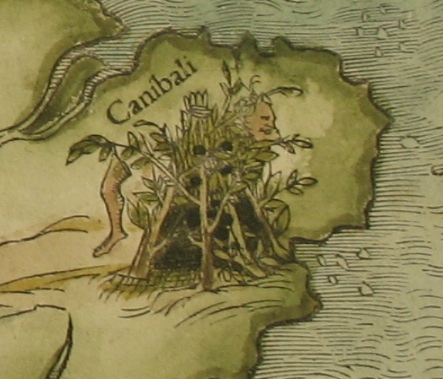