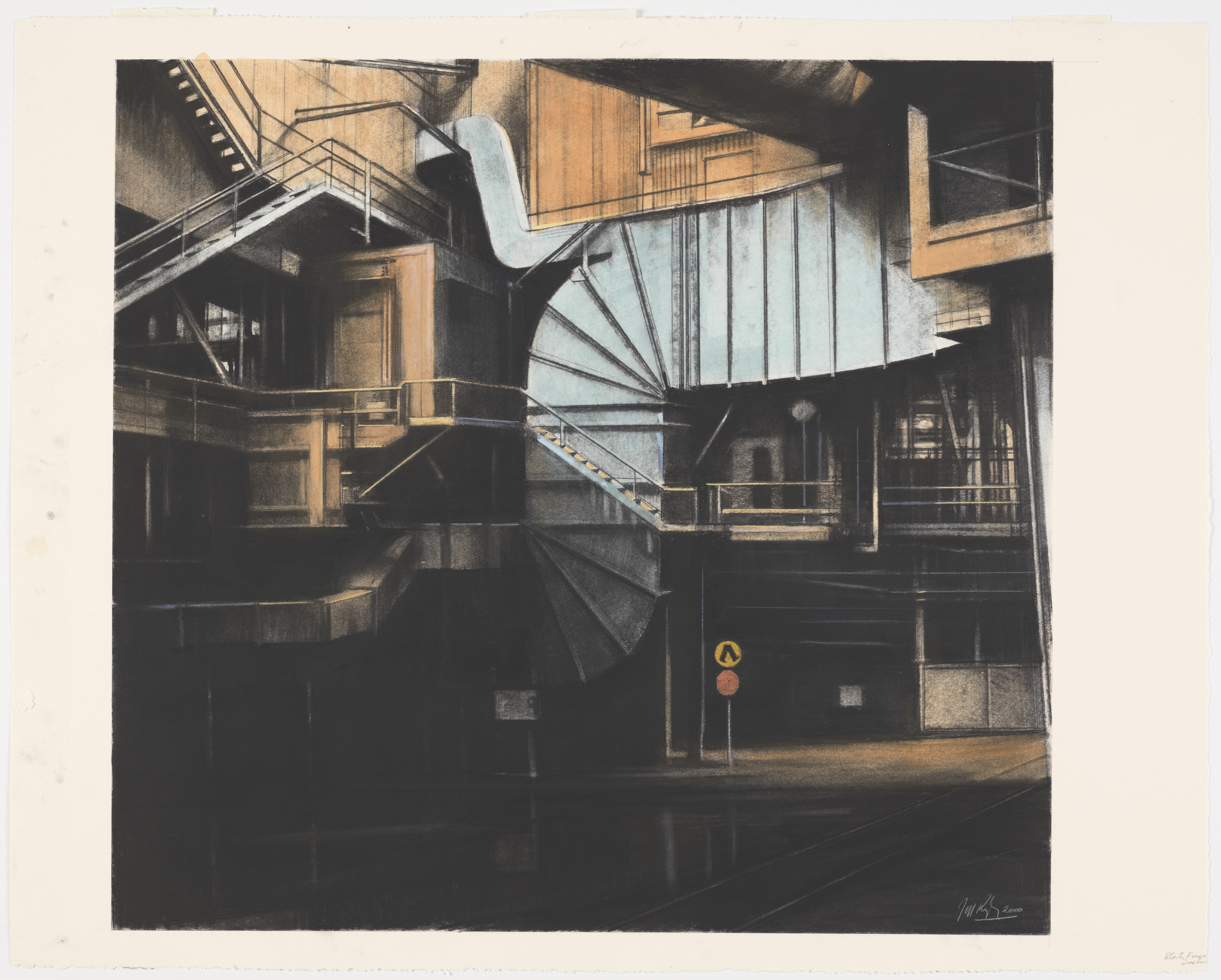 I first saw Broken Hill as a fourteen year old in 1962 and have memories of what seemed like an island state. After leaving Cobar, Broken Hill was approached by an eternity of straight, blood red dirt road. As we drew near, the first thing to appear over the horizon was the great bulk of the North Mine and enormous mullock heaps rising amongst the distant chain of the Barrier Hills…

The Library has recently acquired a series of 25 works by Blue Mountains-based artist Jeff Rigby.

The series, titled Places of Industry, documents the final days of industrial sites in a range of New South Wales towns – Newcastle, Lithgow and Broken Hill. The evocative, realist works are executed in a mix of charcoal and gouache on paper and acrylic on canvas. They portray the desolate architecture of these recently departed places – mines and steelworks - once full of life and activity. Heavy industries were the lifeblood of these towns and their closures, either partial or complete, have had incalculable impacts on the residents, economy and built environment.

Rigby’s previous works have generally focused on the changing landscapes and architecture of Sydney, charting the shift from a city of sandstone to the glass and concrete structures that dominate the city today. The Library holds a number of Rigby’s works from the 1980s and 1990s – paintings depicting the Pyrmont Bridge, Darling Harbour, and the construction of Metro Plaza in North Sydney.

Of the shifting industrial landscapes of New South Wales captured by his works, Rigby writes,

Wholesale changes throughout the country have taken place. Industries have disappeared; social structures of cities and towns have been turned upside down creating a mood of disenfranchisement and dislocation. Everywhere familiar buildings have vanished or are recycled, settling into new roles, completely disconnected from their original purpose.

Jeff Rigby was born in Sydney, 1948 and has been exhibiting his works since 1975. He has been a teacher of painting and drawing since 1975, at TAFE colleges and also the National Art School in Darlinghurst.

The acquisition of the Places of Industry series adds to our collections documenting the lives and places of work of New South Wales people as well as our regional centres.