The Rediscovering Indigenous Languages was launched to the media in August 2011.

The landmark "search and rescue" mission has been supported from far and wide.  The Hon George Souris, Minister for the Arts articulated that  ‘a nation’s oral and written language is the backbone to its culture.  The preservation of the languages and dialects of our Indigenous citizens is a very important project in this regard.’

We received letters of support from The Hon Tony Abbott MHR,  Leader of the Opposition who stated that 'we need to preserve our history, be it elements of indigenous culture or documents from our formative years, Australians should take pride in the collective history of our nation'.

Warren Mundine (Australian Indigenous Chamber of Commerce) commended the partnership for undertaking this important and culturally significant project '…for the benefit of Aboriginal communities and for future generations of Australians'.

The Hon Peter Collier MLC (Minister or Energy, Training and Workforce Development; Indigenous Affairs) concluded that this is an excellent initiative that will bring together a valuable collection of material '… and for the maintenance and development of Australia’s indigenous languages'. 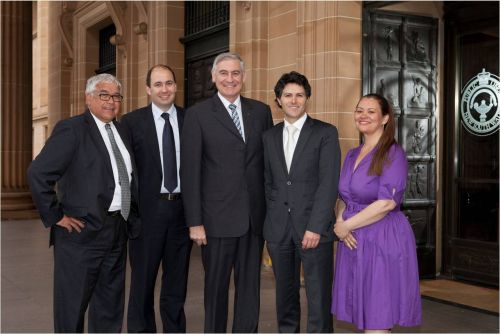