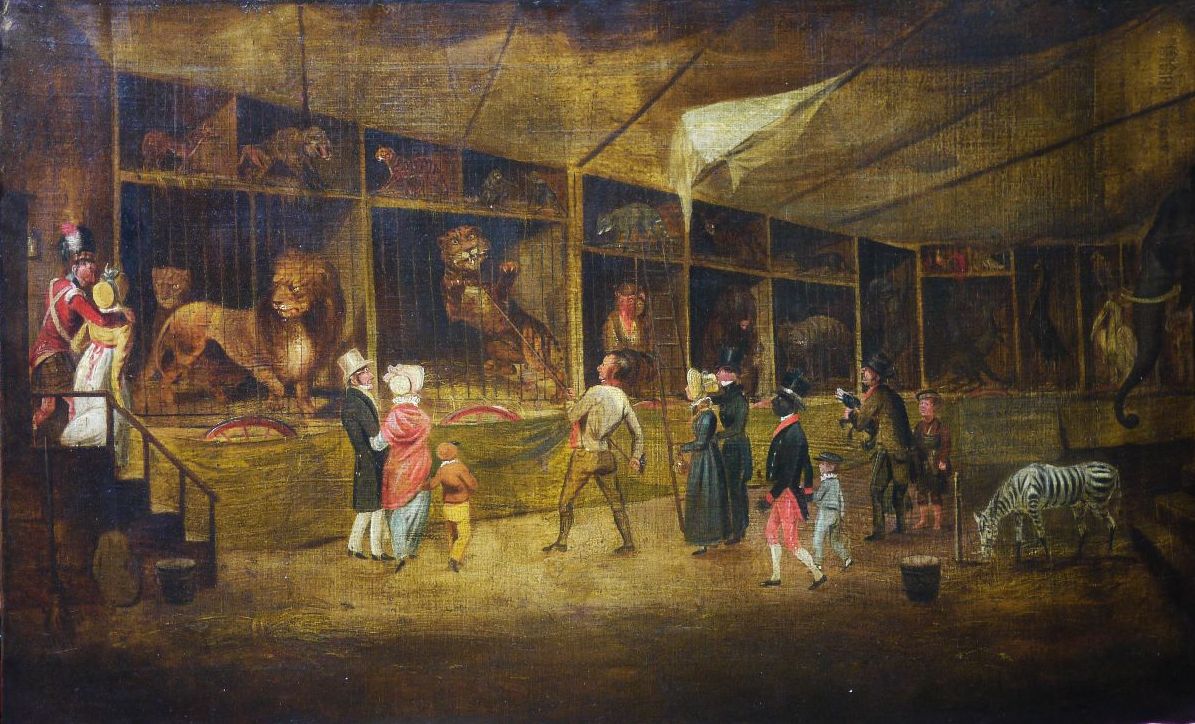 This oil on canvas painting depicts a variety of people visiting a 19th century travelling menagerie in London. The cages contain a display of exotic animals, including kangaroos and possibly other Australian animals. The artist is unknown and the approximate date of the work is estimated to be ca. 1820.

In the foreground there are an assortment of spectators, including a Scottish Highlander regiment soldier (possibly 79th Cameron Highlander), with his arm around a young woman wearing a bonnet descending a short flight of wooden stairs; a respectable gentleman with his wife and son; the keeper of the animals, who is either subduing or provoking a roaring tiger; a respectably dressed couple with a black footman holding the hand of a young child; a gentleman holding a barking dog; and a barefoot smiling boy wearing Scottish cap.

The animals are exhibited in two rows of cages, the larger at the bottom with smaller cages above. They display a lion, tiger, baboon, brown bear, an ape, a pair of kangaroos and an elephant, with a zebra tethered to a stake in the foreground. The smaller cages on the top row include a dog-like animal (possibly a dingo).There is a sign visible on the right which identifies the menagerie as "Robertson Royal Menagerie -- 9 Strand". 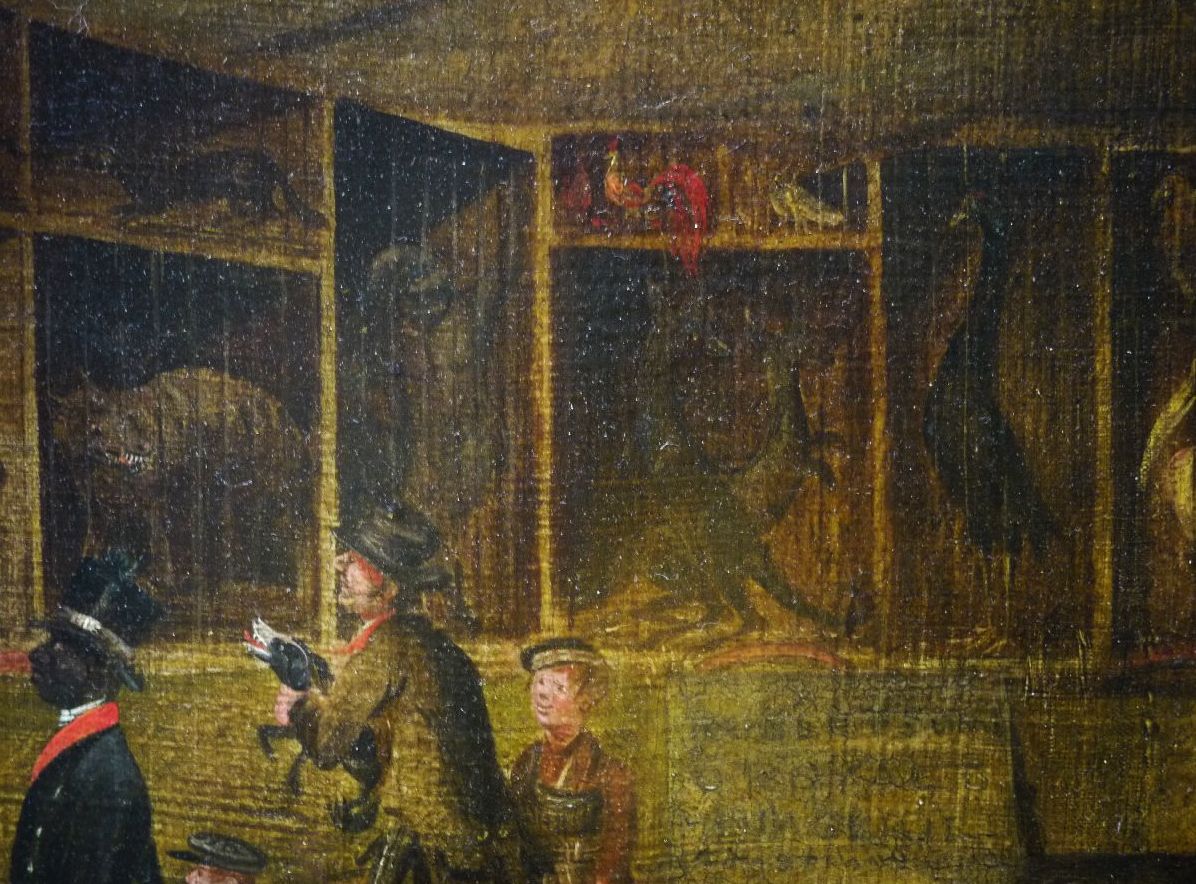 The menagerie is on the road, as the animals are displayed in rolling cages under a large tent; the tops of the wheels can be seen partially hidden behind a cloth curtain. A canvas roof stretches above the cages.

By the early 19th century, travelling menageries were part of the broader entertainment on offer to the British public, along with the fairground, travelling theatres and circuses. The exotic animals on show illustrate the power and reach of the British Empire with animals being transported to London from Africa, India, the Americas and Australia.

Robertson Royal Menagerie - 9 Strand, ca. 1820 supports the early natural history collections held by the State Library which illustrate the scientific interest in Australian flora and fauna. However, it also points to a broader interest in Australian animals by the British public. The painting demonstrates the end result for ‘exotic’ specimens transported from their native homes. They are reduced to entertainment for human consumption. The painting also illustrates the power and triumph of the British Empire over distant colonies that it can bring home exotic animals for public display.
Elise Edmonds
Acting Head, Pictures Section
Previous post
More from Morley
Next post
Gunner Pearce's WWI Diary