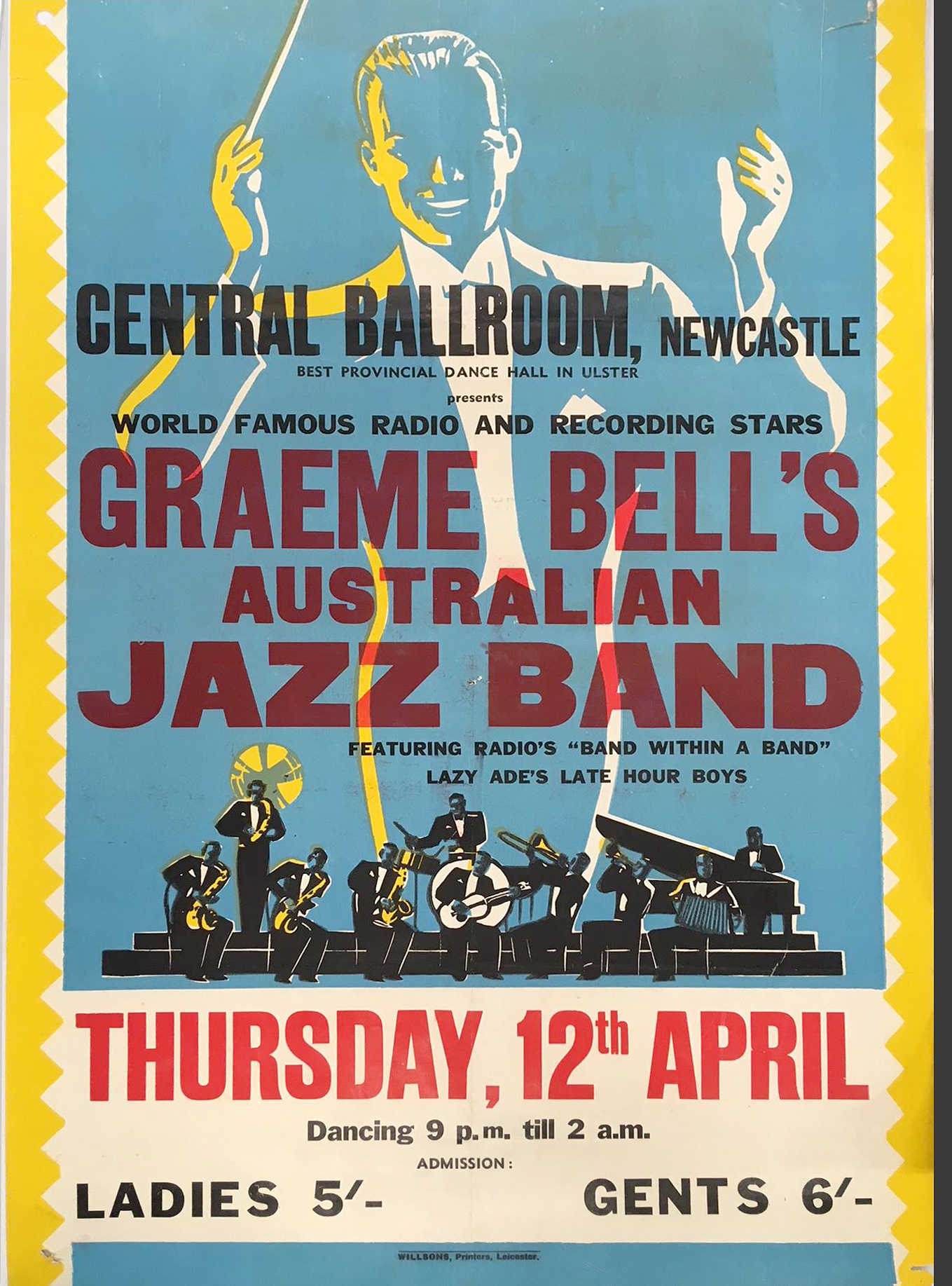 Veteran Australian jazz pianist, bandleader and composer Graeme Bell was born into a musical family in Melbourne in 1914 and was introduced to jazz by his younger brother Roger. In the late 1930s, the two Bells formed a Dixieland jazz band. They spearheaded the resurgence of improvised jazz — then considered anti-establishment music — in Australia after World War II.

Joined by Pixie Roberts, Russ Murphy, Adrian Monsbourgh and Lou Silbereisen, in 1946 the band began a weekly gig with the communist Eureka Youth League’s ‘Hot Jazz’ Society. A year later, they played to an audience of 6000 people at the 1947 World Youth Festival in Prague. Hailed for the distinctive Australian edge to their music, the Graeme Bell Australian Dixieland Band became the first Australian jazz band to tour Europe.

Since 2014 the State Library has supported a dedicated group of volunteers at the Australian Jazz Museum, based in Wantirna, Victoria, who have created digital copies of nine scrapbooks complied by Graeme Bell. Documenting the 70-year career of the man often referred to as the father of Australian jazz, these digitised scrapbooks are now available online.