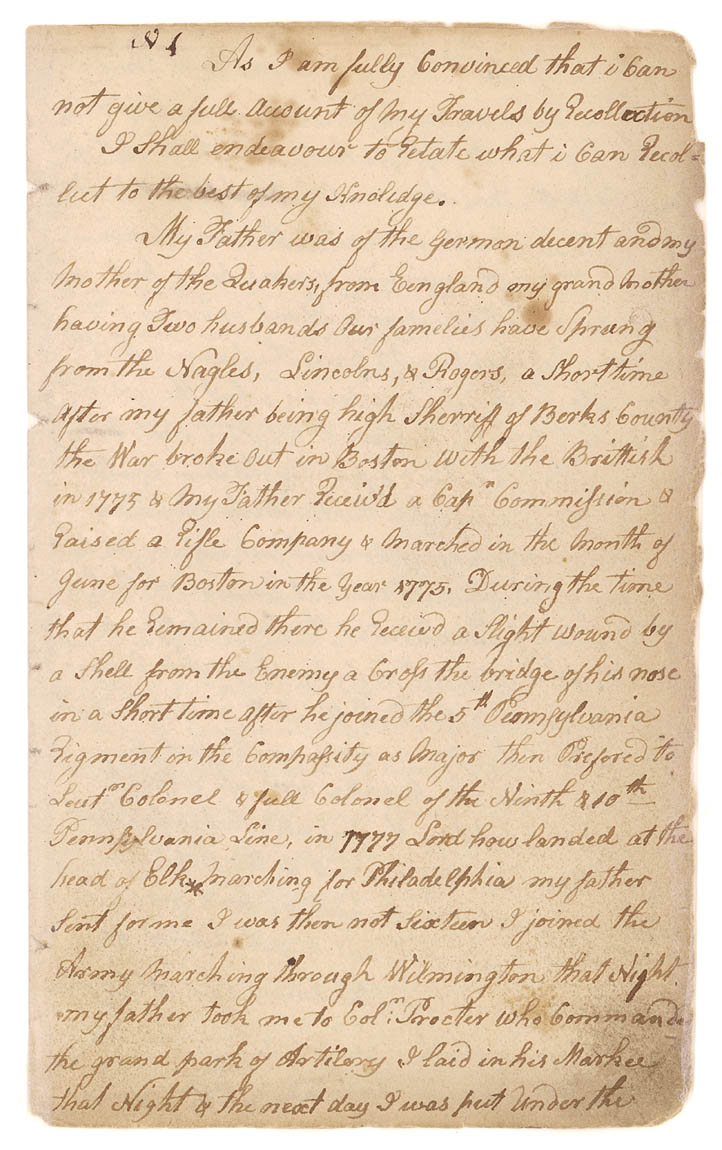 As I am fully Convinced that I cannot give a full Account of my Travels by Recollection I shall endeavour to Relate what I Can Recollect to the best of my Knolidge.
My Father was of the german decent and my Mother of the Quakers from England my grandmother having Two husbands Our families have spring from the Nagles, Lincolns &Rogers, a short time after my father being high Sherriff of Berks County the War broke out in Boston with the Brittish in 1775 &My Father Receidd a Capn Commission & Raised a Rifle Company & Marched in the Month of June for Boston in the year 1775. During the time that he Remained there he Receivd a Light Wound by a shell from the Enemy a Cross the bridge of his nose in a Short time after he joined the 5th Pennsylvania Regiment in the capassity as Major then Prefored to Leutn Colonel & full Colonel of the Ninth & 10th Pennsylvania Lines, in 1777 Lord how landed at the head of Elk* Marching for Philadelphia my father sent for me I was then not sixteen I joined the Army Marching through Wilmington that Night &my father took me to Coln Procter who Commanded the grand park of Artilery I laid in his Markee that Night & the next day I was put under the