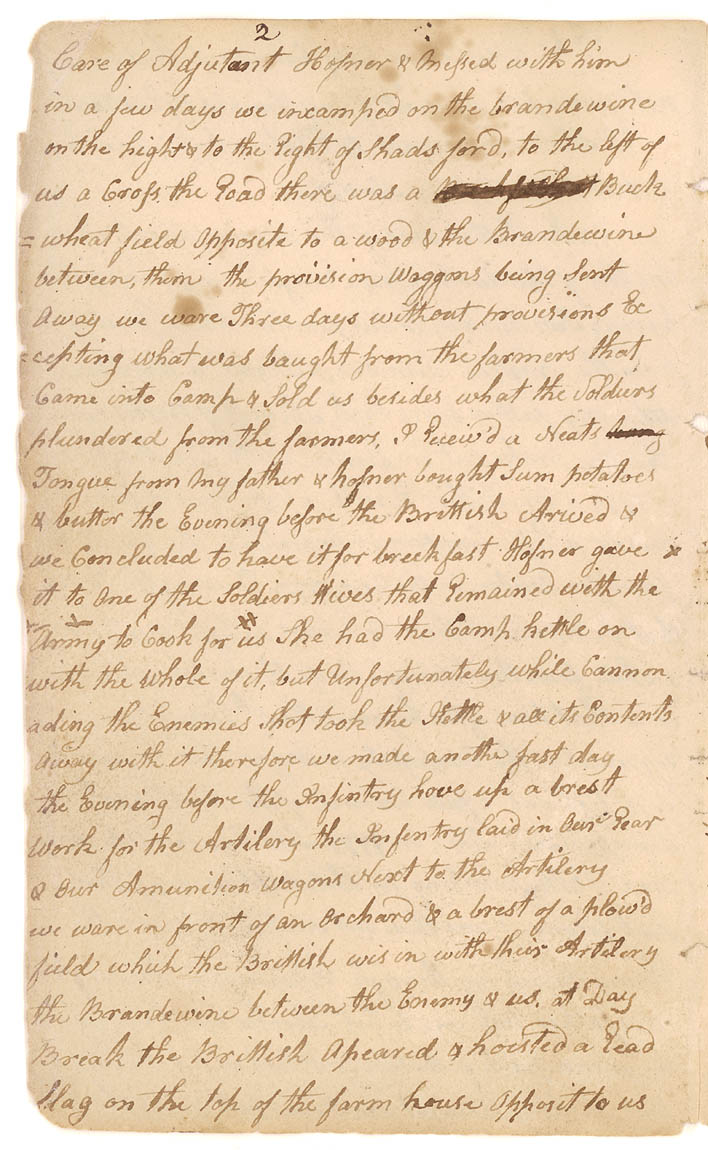 Care of Adjutant Hofner & Messed with him in a few days we encamped on the brandewine on the hight & to the Right of Shadsford, to the left of us a Cross the Road there was a Buck wheatfield opposite to a wood & the brandewine between, them the provision Waggons being Sent Away we ware Three days without provisions Excepting what was bought from the farmers that Came into Camp & Sold us besides what the Soldiers plundered from the farmers, & Receiv'd a [Neats] [?] Tongue from my father & hofner bought sum potatoes & butter the Evening before the Brittish Arived & we Concluded to have it for breekfast Hofner gave it to One of the Soldiers Wives that Remained with the Army to Cook for us She had the Camp kettle on with the whole of it, but Unfortunately while Cannonading the Enemies shot took the Kettle & all its contents away with it therefore we made another fast day. the Evening before the Infintry hove up abrest Work for the Artilery the Infintry laid in Our rear & Our Amunition Wagons Next to the Artilery We wer in front of an orchard and a brest of a plow'd field which the Brittish wis in with their artillery the Brandewine between the Enemy & us at Day Break the Brittish Apeared & hoisted a Read Flag on the top of the farm house Opposite to us