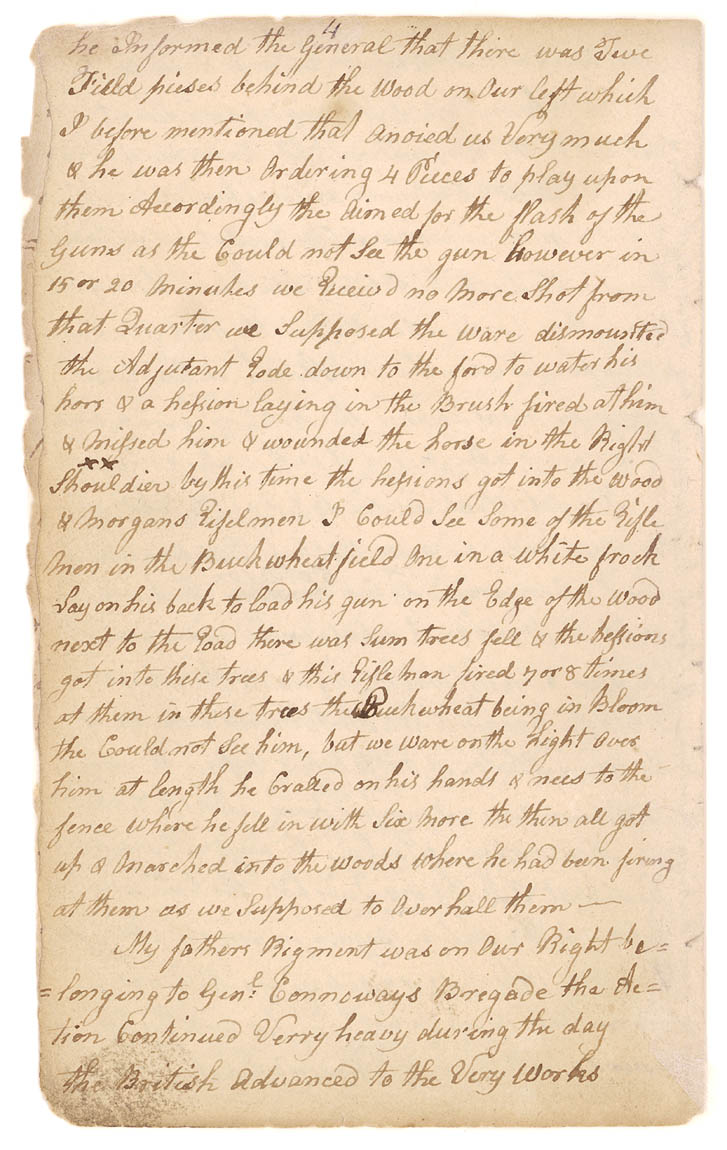 he Informed the General that there was Five Field pieses behind the Wood on Our left which I before mentioned that anoied us Very much &he was then Ordering 4 Pieces to play upon them Accordingly he aimed for the flash of the Guns as he Could not see the gun however in 15 or 20 minutes we Received no more shot from that Quarter we Supposed the ware dismounted[?] The Adjutant Rode down to the ford to water his hors & a hession Laying in the Brush fired at him & missed him & wounded the horse in the Right shouldier by this time the hessions got into the wood & Morgans Rifelmen I Could See Some of the Riflemen in the Buckwheatfield One in a white frock Lay on his back to load his gun on the Edge of the Wood next to the road there was Sum trees fell & the hessions got into there trees & this Riflemen fired 7 or 8 times at them in these trees the Buckwheat being in Bloom the Could not see him, but we were on the right over Him at length he Cralled on his hands & nees to the fence where he fell in with Six More the Then all got up & Marched into the woods where he had been firing at them as we supposed to Overhall them.
My father's Regment was on Our Right belonging to Genl Conneways Brigade the Action Continued Very heavy during the day the British Advanced to the Very Works