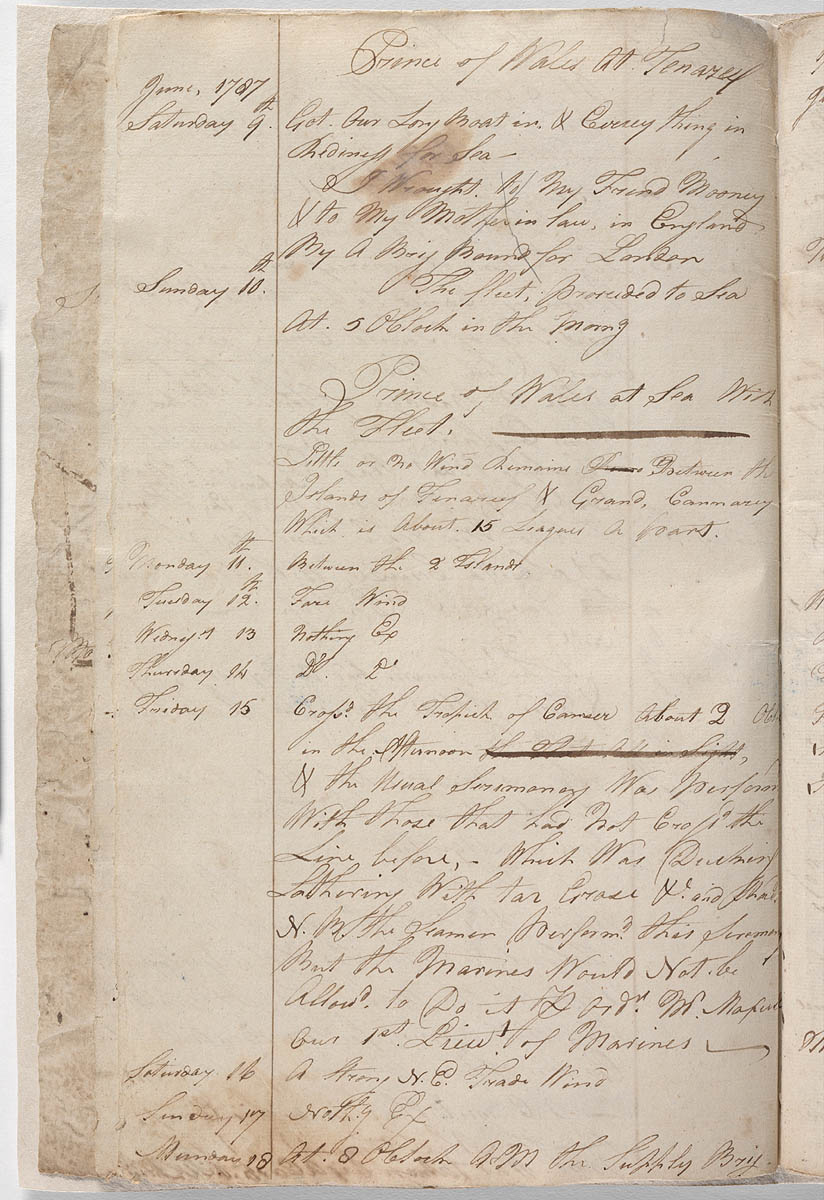 James Scott, Sergeant of Marines, travelled to New South Wales on board the Prince of Wales. He was accompanied by his wife Jane who gave birth to a daughter, Elizabeth, during the voyage. A son, William Boxell, was born in Sydney. He was baptised on 1 July 1790.
Scott and his family left New South Wales on the Portsmouth, and arrived in England in June 1792.

June, 1787
Prince of Wales At. Tenareef
Saturday 9th
Got. Our Long Boat in. & Everey thing in
Rediness for Sea —
I Wrought, to My Frend Mooney
& to My Mother in law, in England
By A Brig Bound for London
Sunday 10th The fleet, proseeded to Sea
At. 5 OClock in the Morng.
Prince of Wales at Sea With the Fleet.—
Little or No Wind Remains Rema. Between the
Islands of Tenareef & Grand, Cannarey
Which is About. 15 Leagues a part.

Monday 11th Between the 2 Islands

Friday 15 Crossd the Tropick of Canser About 2 OClock
in the Afternoon the Fleet All in Sight
& the Usual Seremoney Was performd,
With those that had Not Crossd the
Line before,— Which Was Ducking
Lathering With tar Grase &c and Shavd

N.B. the Seamen performd this Seremony
But the Marines Would Not. be
Allowd to Do it & ordr Mr Maxwell
Our 1st Lieut of Marines —

Munday 18 At. 8 OClock AM the Supply Brig