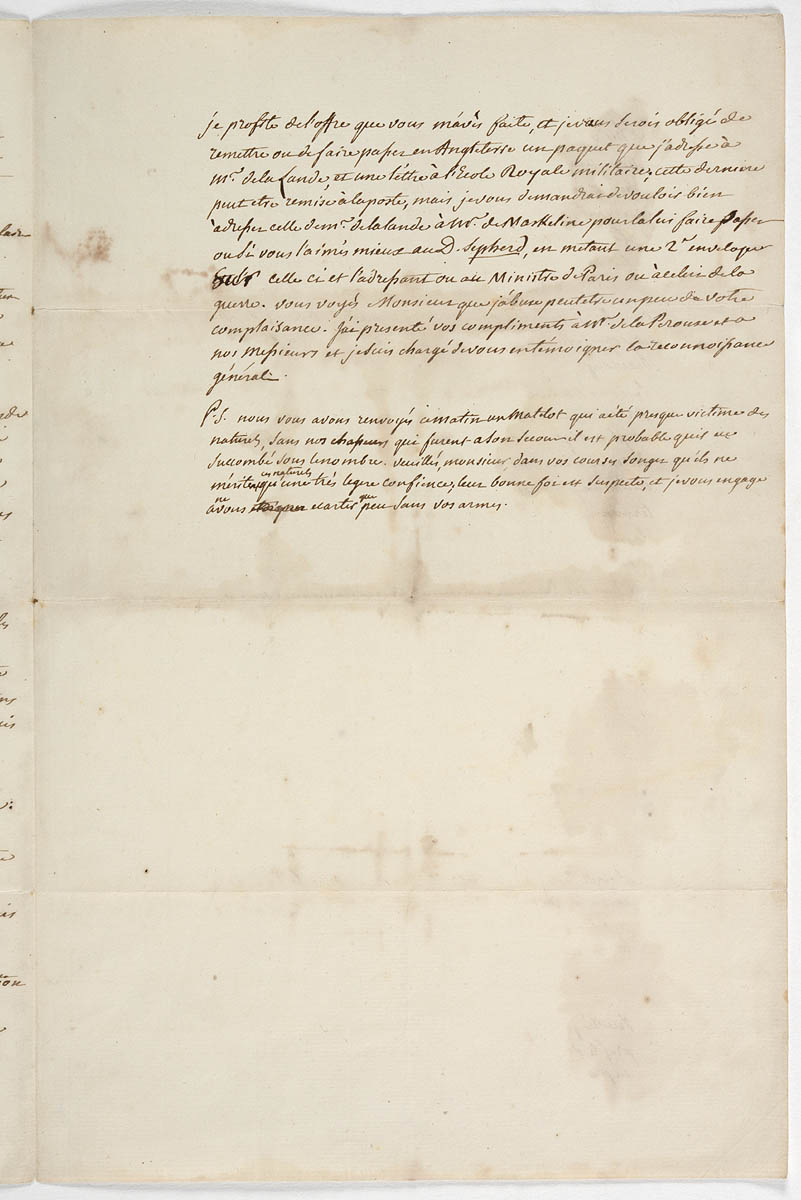 I take advantage of the offer you made to me and I would be obliged to you if you would forward or have sent to England the packet which I addressed to M. de la Lande [Director, Paris Observatory] and a letter to the Royal Military School. The latter can be entrusted to the Post but I would ask you to be so kind as to forward that of M. de la Lande to Mr de Maskeline [Nevil Maskelyne, Astronomer Royal] for him to pass it on to him, or, if you would prefer, to Doctor Sepherd, [probably Anthony Shepherd, Professor of Astronomy, Cambridge] putting a second envelope over the other, and addressing it either to the Minister in Paris or to the Minister of War.

You see, Sir, that I somewhat abuse your kindness. I have presented your compliments to Mr de la Perouse and to our gentlemen, and I am charged with expressing their general gratitude.

P.S. This morning we sent back a seaman who was almost the victim of the natives. Without the help of our chasseurs who went to his rescue it is probable that he would have been overcome by numbers. Please be so kind, Sir, in your travels to think that they, these natives, merit only a very limited measure of trust, their good faith is suspect, and I urge you not to venture too far without your weapons.