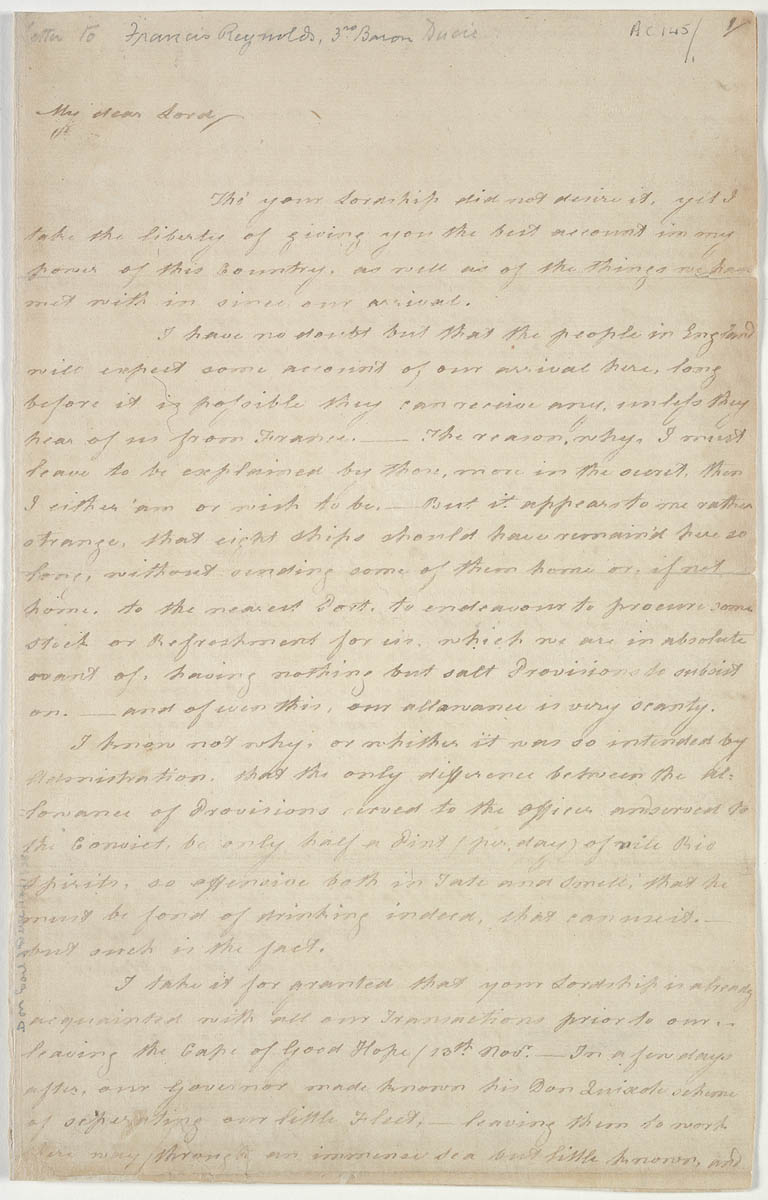 Tho’ your Lordship did not desire it, yet I take the liberty of giving you the best account in my power of this Country, as well as of the things we have met with in since our arrival.

I have no doubt but that the people in England will expect some account of our arrival here, long before it is possible they can receive any unless they hear of us from France. The reason why, I must leave to be explained by those, more in the secret, then I either am or wish to be. But it appears to me rather strange, that eight ships should have remain’d here so long, without sending some of them home, or if not home, to the nearest Port, to endeavour to procure some stock or Refreshment for us, which we are in absolute want of, having nothing but salt Provisions to subsist on. and of even this, our allowance is very scanty.

I know not why, or whither it was so intended by Administration, that the only difference between the Allowance of Provisions served to the Officer and served to the Convict, be only half a Pint (per day) of vile Rio Spirits, so offensive both in Taste and Smell, that he must be fond of drinking indeed, that can use it. but such is the fact.

I take it for granted that your Lordship is already acquainted with all our Transactions prior to our leaving the Cape of Good Hope /13th Novr - In a few days after our Governor made known his Don Quixote scheme of seperating our little Fleet, leaving them to work there way through an immense sea but little known, and