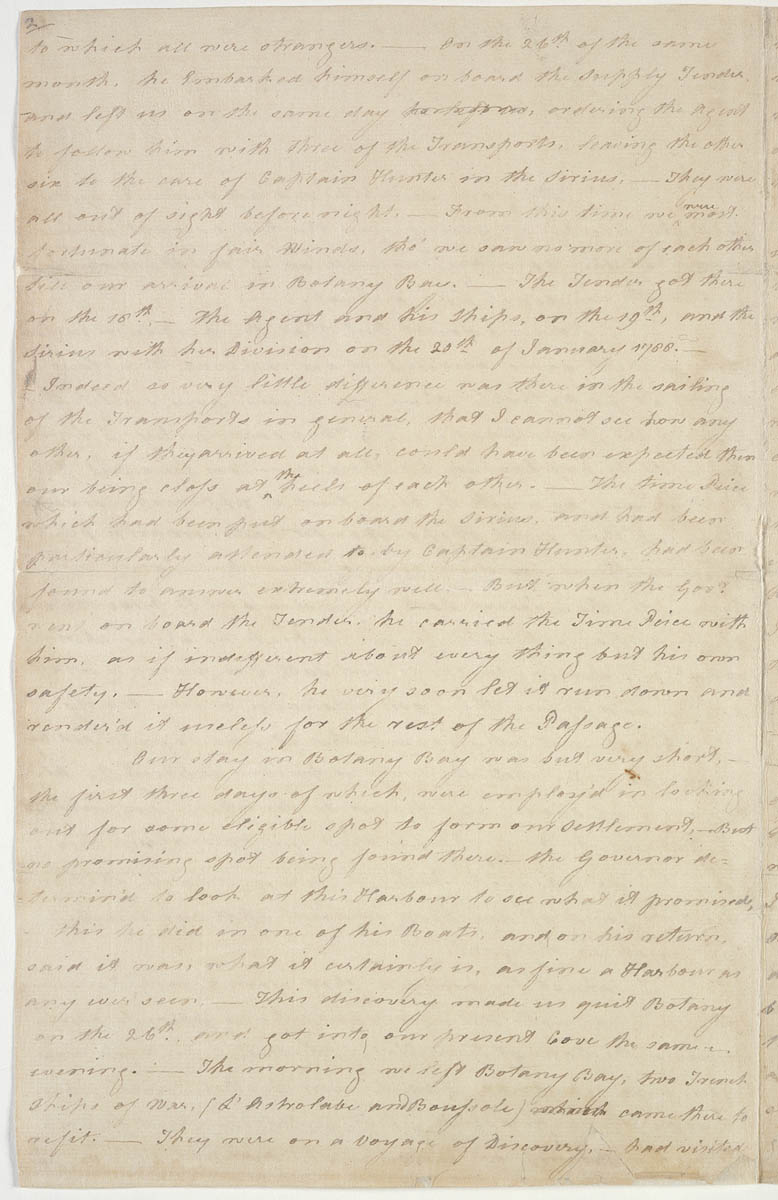 to which all were strangers. On the 26th of the same month, he Embarked himself on board the Supply Tender and left us on the same day strike he left us, strikeend ordering the Agent to follow him with three of the Transports, leaving the other six to the care of Captain Hunter in the Sirius. They were all out of sight before night. From this time we were most fortunate in fair Winds, tho’ we saw no more of each other till our arrival in Botany Bay. The Tender got there on the 16th. The Agent and his Ships, on the 19th, and the Sirius with the Division on the 20th of January 1788. Indeed so very little difference was there in the sailing of the Transports in general, that I cannot see how any other, if they arrived at all, could have been expected than our being closs at the heels of each other. The Time Peice which had been put on board the Sirius, and had been painstakingly attended to by Capatin Hunter, had been found to answer extremely well. But when the Govr went on board the Tender he carried the Time Piece with him, as if indifferent about every thing but his own safety. However, he very soon let it run down and render’d it useless for the rest of the Passage.

Our stay in Botany Bay was but very short, the first three days of which, were employ’d in looking out for some eligible spot to form our Settlement, But no promising spot being found there, the Governor determined to look at this Harbour to see what it promised, this he did in one of his Boats, and on his return, said it was, what it certainly is, as fine a Harbour as any ever seen. This discovery made us quit Botany on the 26th and got into our present Cove the same evening. The morning we left Botany Bay, two French ships of War, (L’Astrolabe and Boussole) strike which strikeend came there to refit. They were on a Voyage of Discovery, had visited