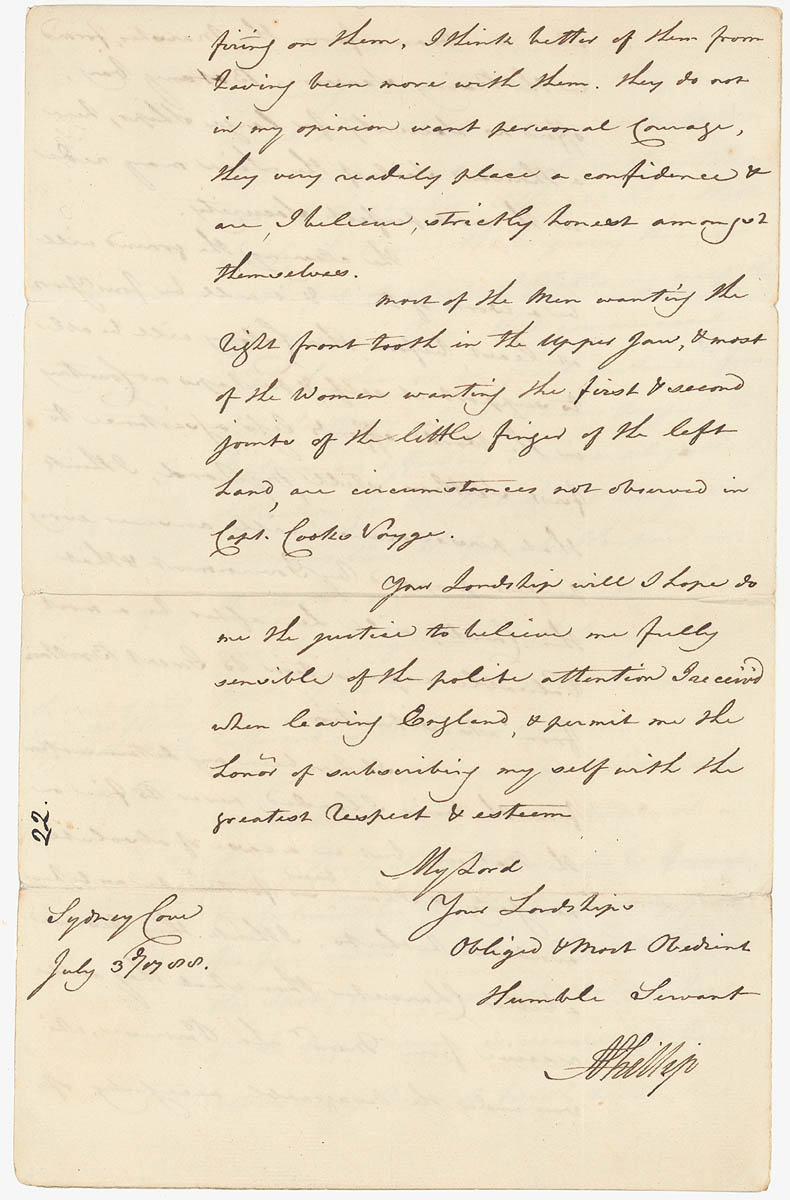 firing on them. I think better of them from having been more with them. they do not in my opinion want personal Courage, they very readily place a confidence & are, I believe, strictly honest amongst themselves.

most of the Men wanting the Right front tooth in the Upper Jaw, & most of the Women wanting the first & second joints of the little finger of the left hand, are circumstances not observed in Capt. Cooks Voyage.

Your Lordship will I hope do me the justice to believe me fully sensible of the polite attention I receiv'd when leaving England, & permit me the honor of subscribing my self with the greatest Respect & esteem

My Lord
Your Lordships
Obliged & Most Obedient
Humble Servant