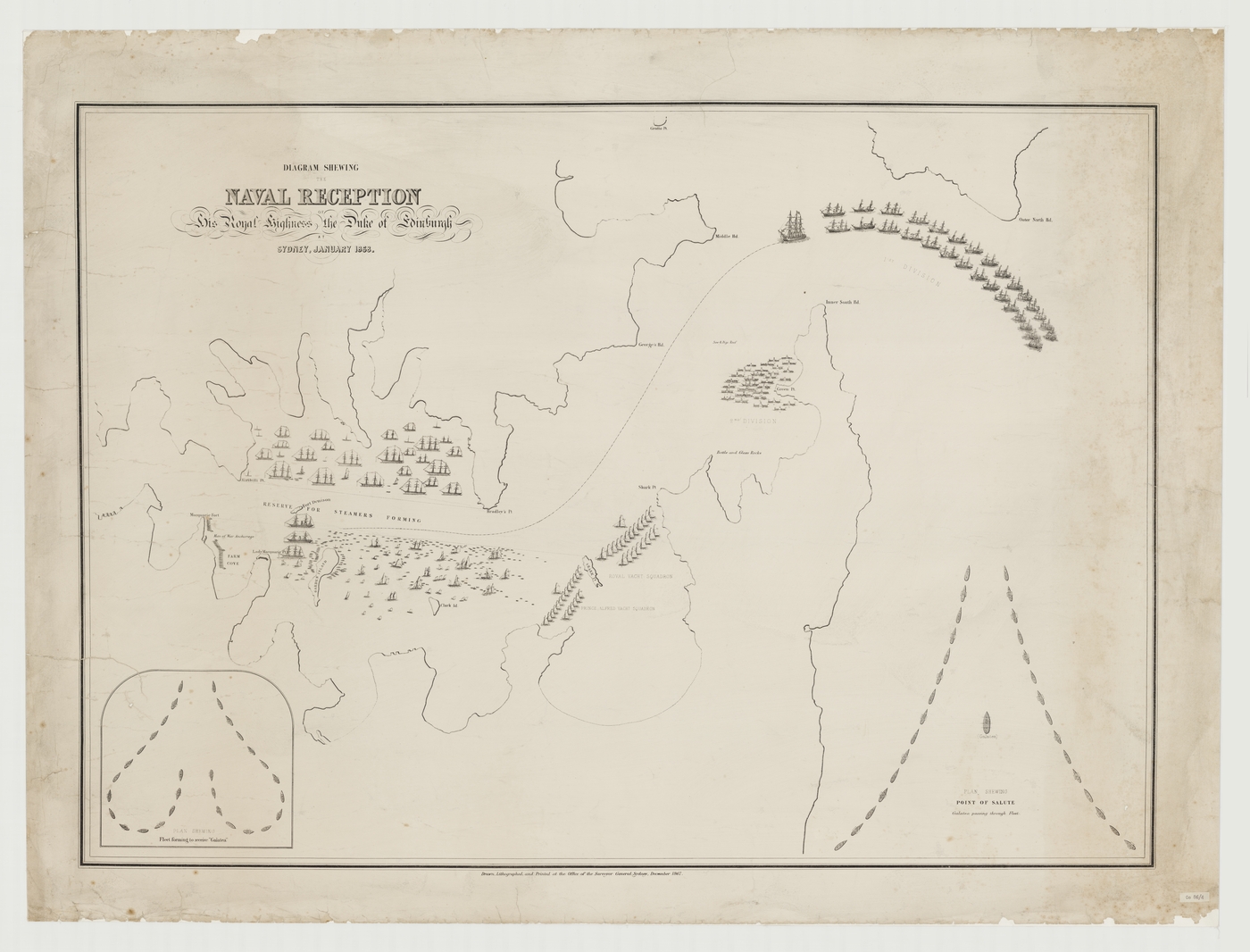 Diagram shewing the naval reception of ... the Duke of Edinburgh1867

The first Royal Tour of Australia was in 1867 - 68 with the official visit of Prince Alfred, the Duke of Edinburgh, the second son and fourth child of Queen Victoria and Prince Albert. He was created Duke of Edinburgh, Earl of Kent and Earl of Ulster on 24 May 1866 and in January 1867 left England on an extensive world tour as commander of the H.M.S. Galatea.

The Duke spent nearly 5 months in Australia including visits to Adelaide, Melbourne, Sydney, Brisbane and Tasmania. The H.M.S. Galatea arrived in Sydney on 21 January 1868. According to newspaper reports no less than 100,000 people welcomed the Duke with fervour. 'Flowered arches spanned the streets, flags fluttered from public buildings, and illuminations lit the scene by night'. A letter to the editor from the Sydney Morning Herald, 18 January, reported that Garden Island would be open to the public....in order to afford an opportunity for those desirous of seeing the arrival of H.R.H. the Duke of Edinburgh.' Unfortunately, on 12 March 1868, while attending a picnic at Contarf, the Duke was wounded in an assassination attempt by James O'Farrell, a Fenian sympathizer. The Library holds an eyewitness account written by Emily Thorne of the attempted assassination. Curiously, an article in theSydney Morning Herald in 1932 claims that on board the Galatea was the Duke's mascot, an elephant, presented to the Duke by an Indian 'of some consequence'. The elephant was allowed to roam around Cockatoo Island while the Galatea was docked and given an overhaul.