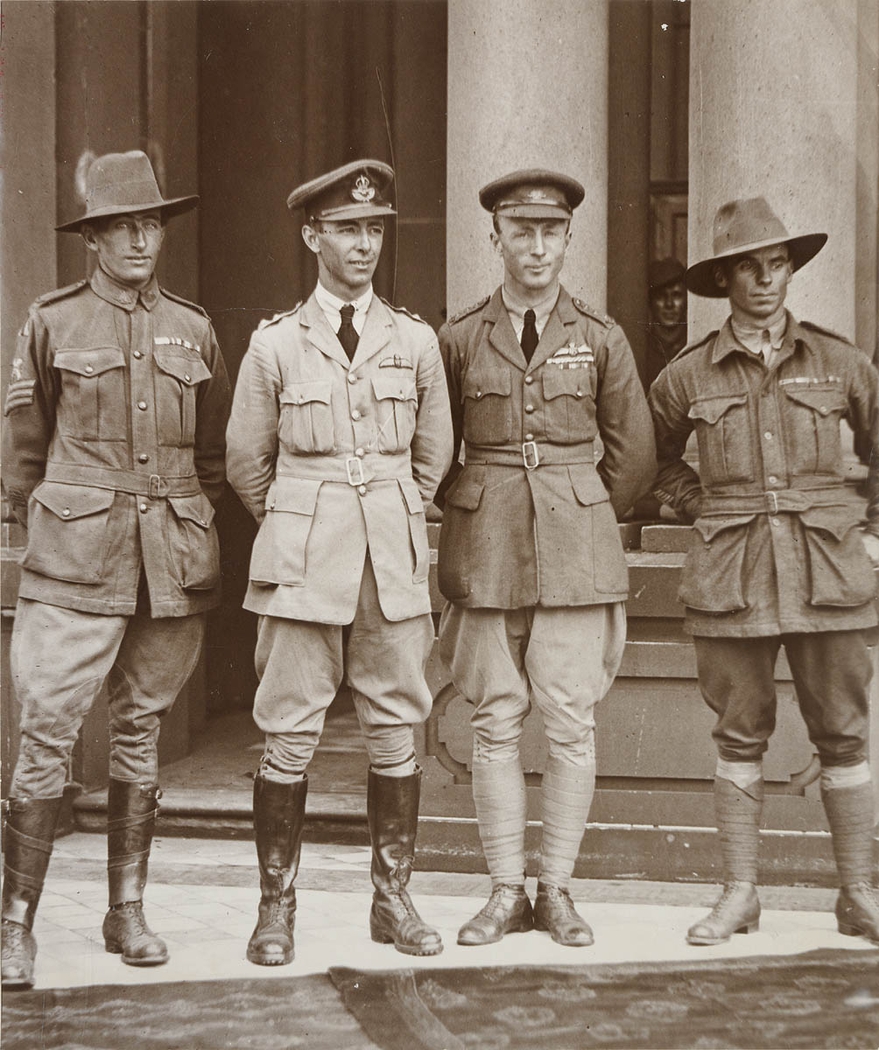 At the end of the First World War, the Commonwealth Government was keen to encourage the development of air transport in Australia. In March 1919 they offered a prize of £10,000 to the first Australian aircrew to fly from England to Australia in 30 days or less. Captain Ross Smith and his brother, Keith, with Sergeants Bennett and Shiers as their mechanics, decided to enter the race. The men left Hounslow airfield, near London, on 12 November 1919. Piloting a Vickers Vimy Mk IV bomber, which had an open cockpit, the crew were fully exposed to the weather throughout the 17,910 km flight. Landing in Darwin on 10 December 1919, the aviators were the first to arrive in Australia, having completed the journey in 28 days. Their successful flight changed the course of Australian aviation history, proving long-distance air travel was possible.

The last leg of the record-breaking flight, crossing the Timor Sea, had been the most treacherous. Prime Minister Billy Hughes instructed HMAS Sydney to lie about 100 km offshore, pointing the way to Darwin. On sighting the ship below, the airmen, with no radio on board, decided to drop a message in a bottle into the ocean, to let the captain know that all was well. Using string, an empty pickle jar and a hastily made parachute, the message was dropped into the sea and fished out of the water by the ship’s crew. In 1922 Ross and Keith Smith’s handwritten message and the pickle jar were donated to the State Library by Captain Cayley. The set of 56 maps showing the actual flight route, with handwritten notes made by the crew during the flight, were presented by Keith Smith in 1950.