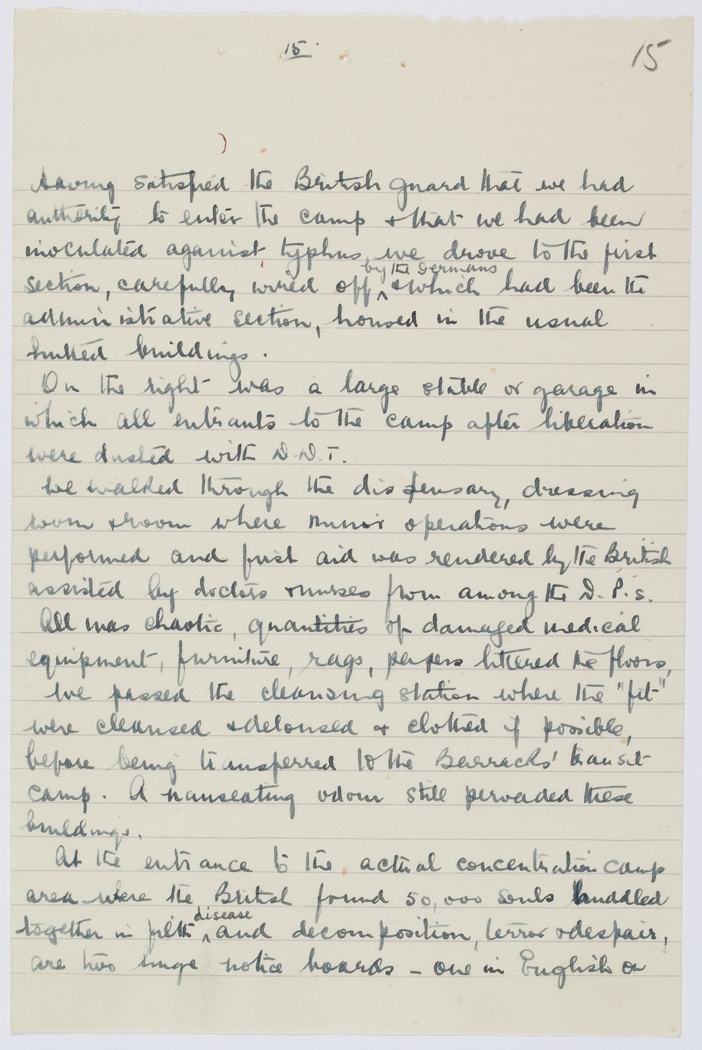 Having satisfied the British guard that we had authority to enter the camp and that we had been inoculated against typhus we drove to the first section, carefully wired off by the Germans, & which had been the administrative section, housed in the usual hutted buildings.

On the right was a large stable or garage in which all entrants to the camp after liberation were dusted with DDT. We walked through the dispensary, dressing room, and room where all the minor operations were performed and first aid was rendered by the British assisted by doctors, nurses from among the D.Ps.

All was chaotic, quantities of damaged medical equipment, furniture, rags, papers littered the floors. We passed the cleansing station where the ‘fit’ were cleansed & deloused and clothed if possible before being transferred to the barracks transit camp. A nauseating odour still pervaded these buildings. At the entrance to the actual concentration camp area where the British found 50,000 souls huddled together in filth, disease and decomposition, terror & despair are two large notice boards – one in English on