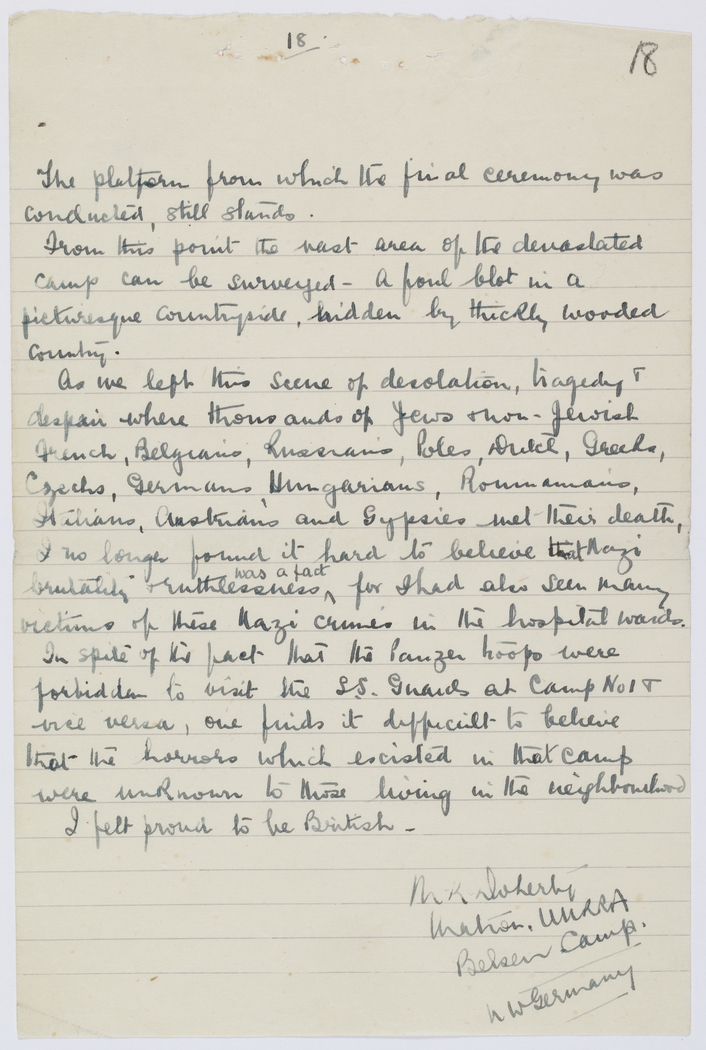 The platform from which the final ceremony was conducted still stands. From this point the vast area of the devastated camp can be surveyed – A foul blot in a picturesque countryside, hidden by thickly wooded country.

As we left this scene of desolation, tragedy & despair where thousands of Jews & non-Jewish French, Belgian, Russians, Poles, Dutch, Greeks, Czechs, Germans, Hungarians, Romanians, Italians, Austrians and Gypsies met their deaths,  I no longer found it hard to believe that Nazi brutality & ruthlessness was a fact for I had also seen many victims of these Nazi crimes in the hospital wards.

In spite of the pact that the Panzer troops were forbidden to visit the SS Guards at camp No.1 & vice versa, one finds it difficult to believe that the horrors which existed in that camp were unknown to those living in the neighbourhood.

I felt proud to be British.