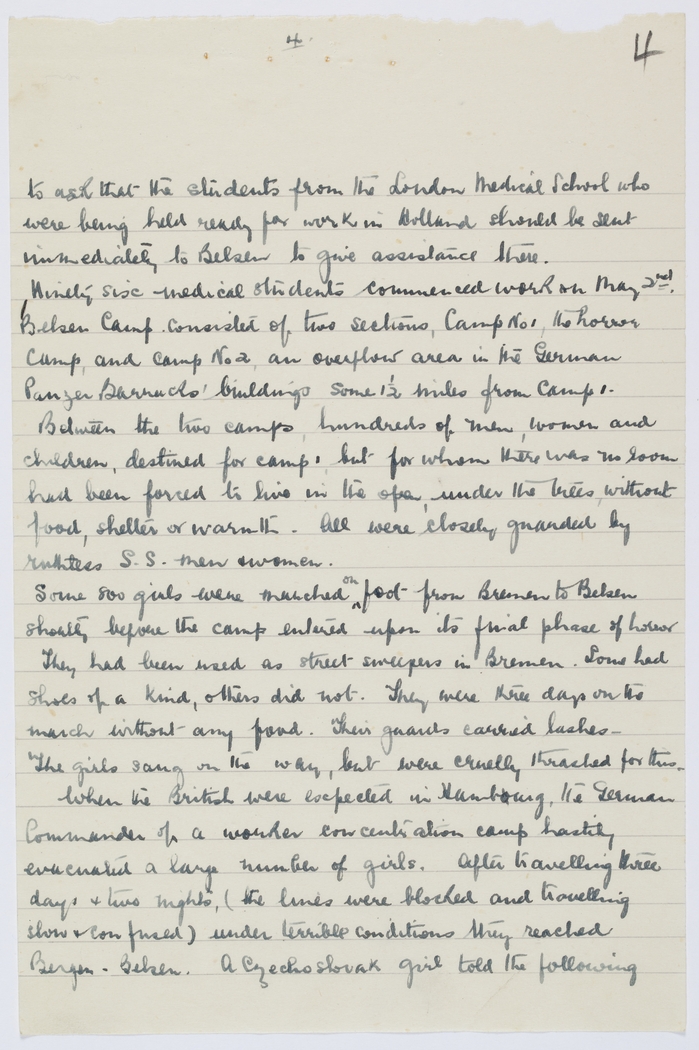 to ask the students from the London Medical School who were being held ready for work in Holland should be sent immediately to Belsen to give assistance there. Ninety-six medical students commenced work on May 2nd. Belsen Camp consisted of sections, Camp No. 1 the Horror Camp, and Camp No.2. an overflow area in the German Panzer Barracks Buildings some 1 �� miles from Camp 1.

Between the two camps hundreds of men, women, children, destined for camp 1 but for whom there was no room had been forced to live in the open, under the trees without food shelter or warmth. All were closely guarded by ruthless SS men & women.

Some 800 girls were marched on foot from Bremen to Belsen shortly before the camp entered upon its final phase of horror. They had been used as street sweepers in Bremen. Some had shoes of a kind, others did not. They were three days on the march without any food. Their guards carried lashes. The girls sang on the way but were cruelly thrashed for this.

When the British were expected in Hamburg, the German Commander of a worker concentration camp hastily evacuated a large number of girls. After travelling three days & two nights (the lines were blocked and travelling was slow and confused) under terrible conditions they reached Bergen-Belsen. A Czechoslovak girl told the following