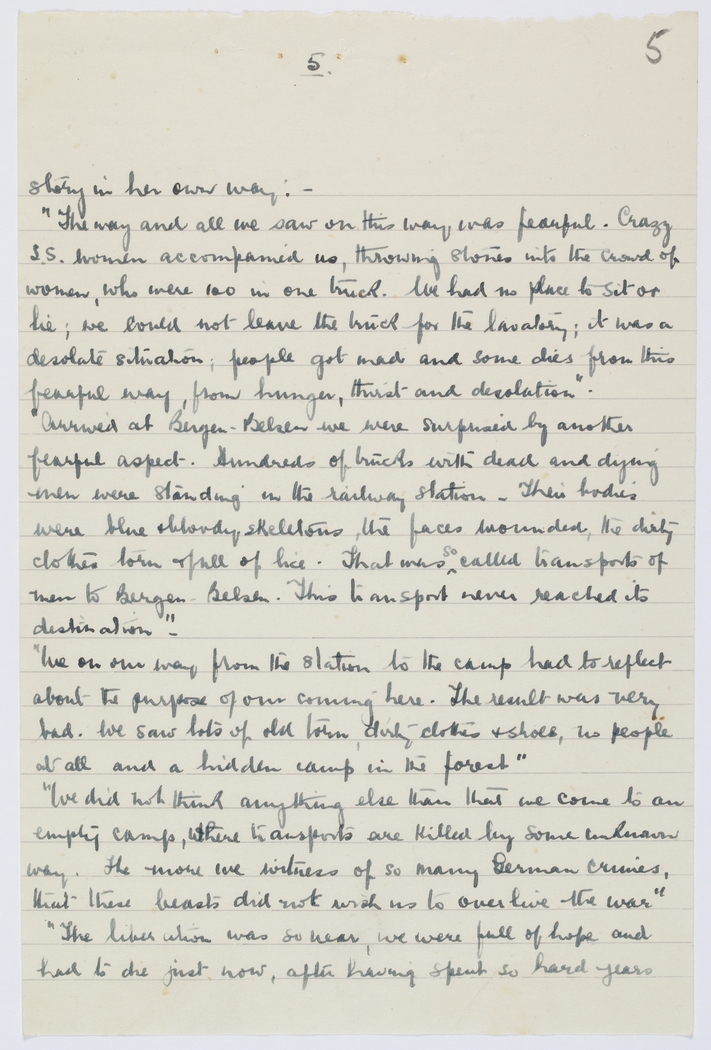 story in her own way:

“the way and all we saw on the way was fearful. Crazy SS women accompanied us, throwing stones into the crowd of women, who were 100 on one truck. We had no place to sit or lie; we could not leave the truck for the lavatory; it was a desolate situation; people got mad and some dies from this fearful way, from hunger, thirst and desolation”

“Arrived a Bergen-Belsen we were surprised by another fearful aspect. Hundreds of trucks with dead and dying men were standing in the railway station. Their bodies were blue & bloody skeletons, the faces wounded, their dirty clothes torn and full of lice. That was so called transports of men to Bergen-Belsen. This transport never reached its destination”-

“We on our way from the station to the camp had to reflect about the purpose of our coming here. The result was very bad. We saw lots of torn, dirty clothes and shoes, no people at all and a hidden camp in the forest.”

“We did not think anything else other than that we came to an empty camp, where transports were killed by some unknown way. The more we witness of so many German crimes that these beasts did not wish us to over live the war.”

“The liberation was so near, we were full of hope and had to die just now, after having spent so hard years