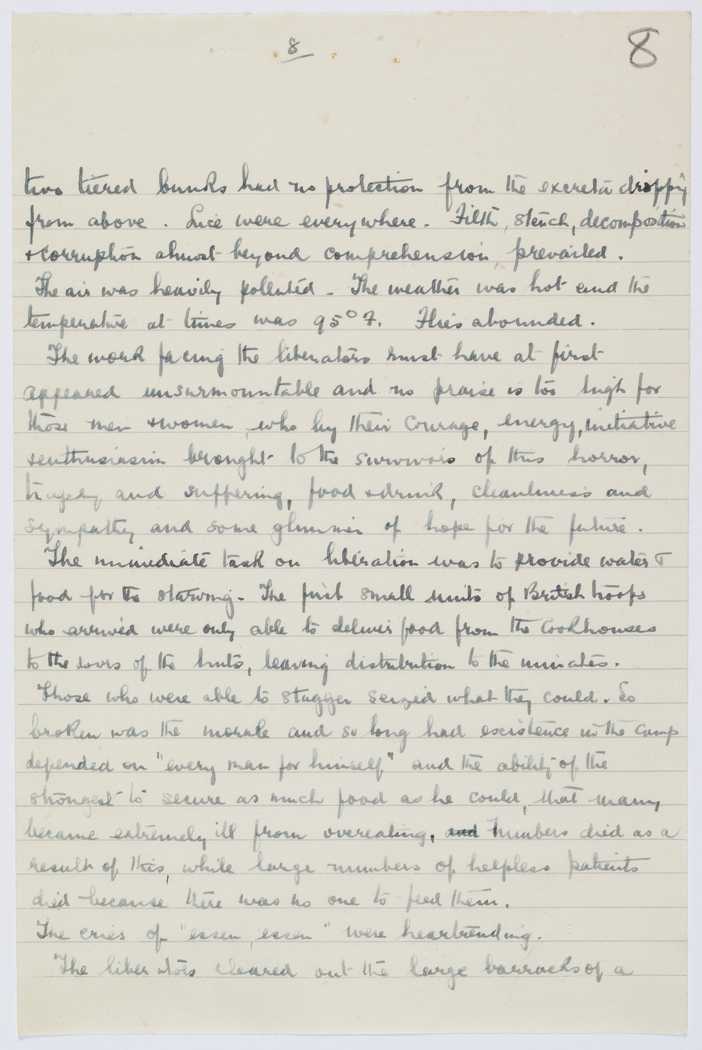 two tiered bunks had no protection from the excreta dripping from above. Lice were everywhere. Filth, stench, decomposition & corruption almost beyond comprehension prevailed. The air was heavily polluted. The weather was hot and the temperature was 95�� F. This abounded.

The work facing the liberators must have at first appeared insurmountable and praise is too high for those men and women who by their courage, energy, initiative& enthusiasm, brought to the survivors of this horror, tragedy and suffering, food & drink, cleanliness and sympathy and some glimmer of hope for the future.

The immediate task on liberation was to provide water & food for the starving. The first small units of British troops who arrived were only able to deliver food from the cookhouses to the door of the huts, leaving distribution to the inmates.

Those who were able to stagger seized what they could. So broken was the morale and so long had existence in the camp depended on ‘every man for himself’ and the ability of the strongest to secure as much food as he could, that many became extremely ill from over eating, and numbers died as a result of this, while large numbers of helpless patients died because there was no one to feed them.

The cries of ‘essen essen’ were heartrending. The liberators cleared out the large barracks of a