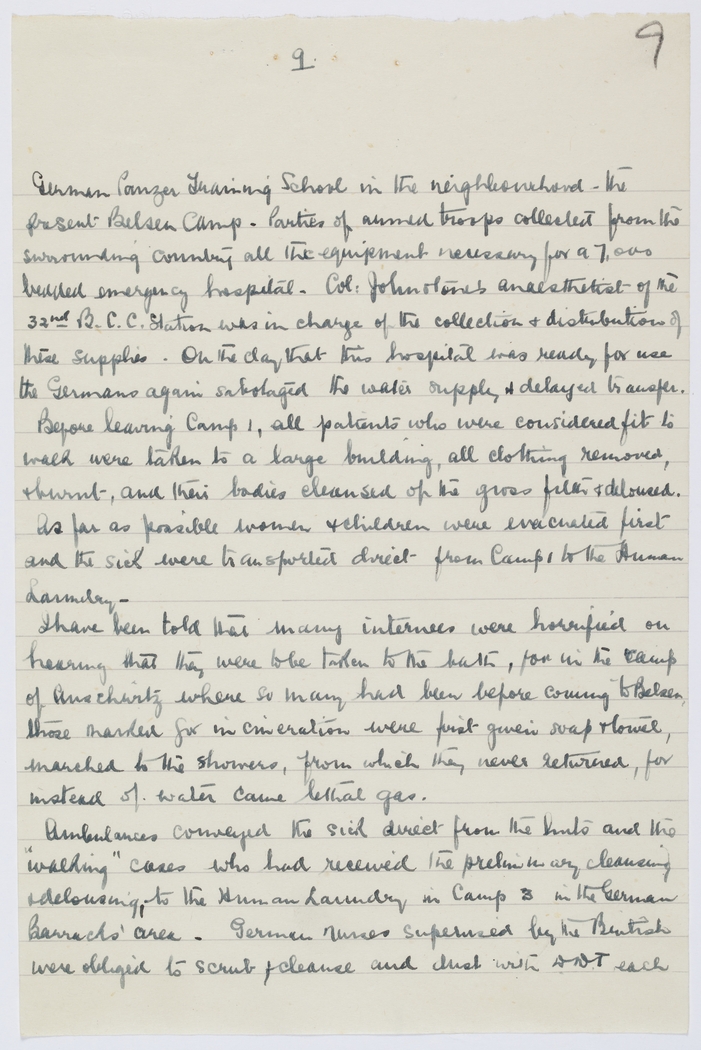 German Panzer Training School in the neighbourhood – the present Belsen Camp. Parties of armed troops collected from the surrounding country all the equipment necessary for a 7,000 bed emergency hospital. Col. Johnston’s anesthetist of the 32rd BCC Station was in charge of the collection and distribution of these supplies. On the day that this hospital was ready for use the Germans again sabotaged the water supply & delayed transfer.

Before leaving Camp 1, all patients who were considered fit to walk were taken to a large building, all clothing removed & burnt, and their bodies cleansed of the gross filth & deloused. As far as possible women & children were evacuated first and the sick were transported direct from Camp 1 to the Human Laundry.

I have been told that many internees were horrified on hearing that they were being taken to the bath, for in the Camp of Auschwitz where so many had been before coming to Belsen, those marked for incineration were first given soap & towel, marched to the showers, from which they never returned, for instead of water came lethal gas.

Ambulances conveyed the sick direct from the huts and the ‘walking’ cases who had received the preliminary cleansing & delousing, to the Human Laundry in Camp 3 in the German Barracks Area. German nurses supervised by the British were obliged to scrub and cleanse and dust with DDT each