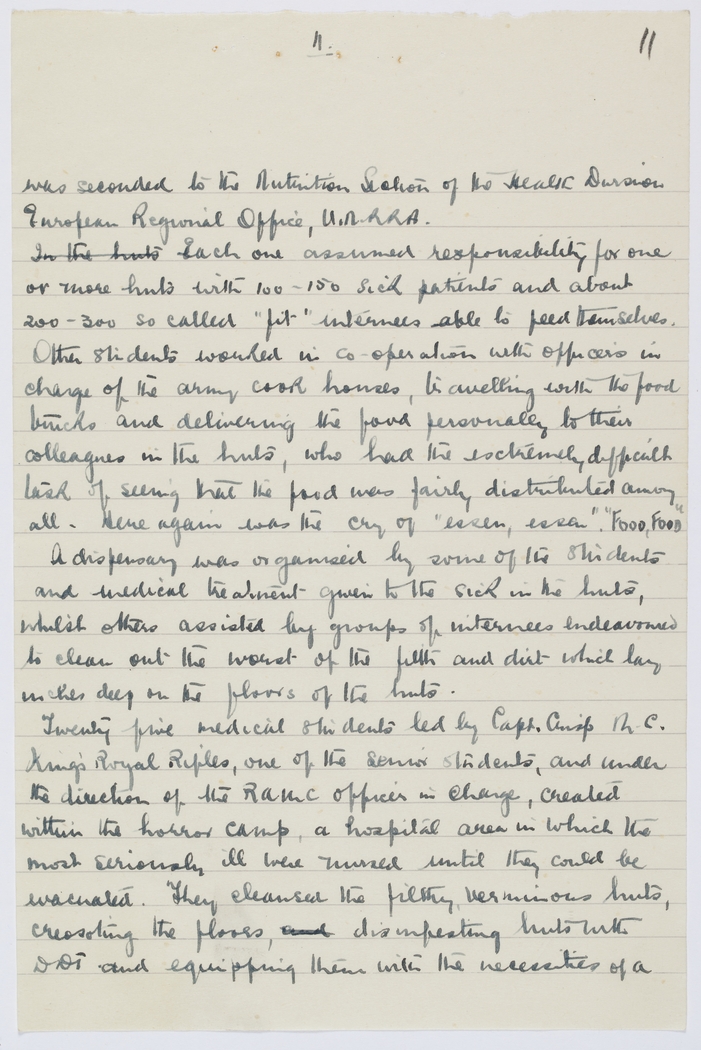 was seconded to the Nutrition Section of the Health Division European Regional Office, UNRRA. [In the huts - struck through] Each one assumed responsibility for one or more huts with 100-150 sick patients and about 200-300 so called ‘fit’ internees able to feed themselves. Other students worked in co-operation with officers in charge of the army cook houses, travelling with the food trucks and delivering the food personally to their colleagues in the huts, who had the extremely difficult task of seeing that the food was fairly distributed among all. Here again the cry of ‘essen, essen’. [‘Food, Food’]

A dispensary was organized by some of the students and medical treatment given to the sick in the huts, whilst others assisted by groups of internees endeavoured to clean out the worst of the filth and dirt which lay inches deep on the floors of the huts.

Twenty-five medical students led by Capt. [       ] MC Kings Royal Rifles, one of the senior students, and under the direction of the RAMC officer in charge, created within the horror camp, a hospital area in which the most seriously ill were nursed until they could be evacuated. They cleansed the filthy, verminous huts, creosoting the floors, disinfecting huts with DDT and equipping them with necessities of a