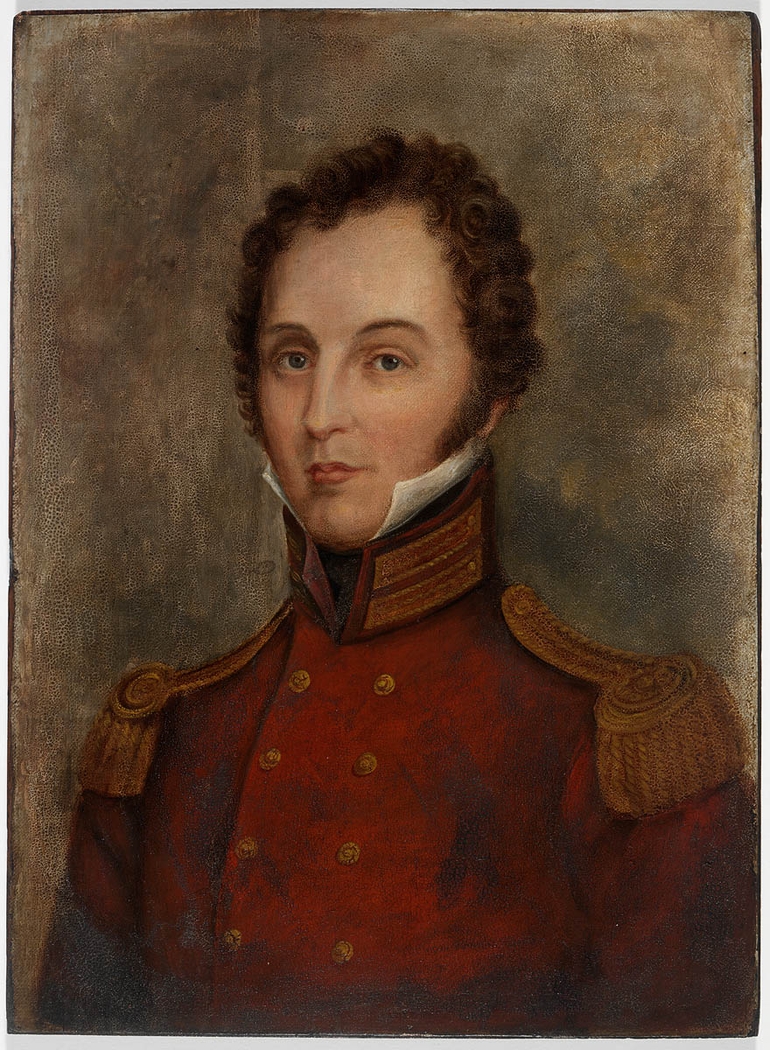 Sir Richard Bourke advocated religious tolerance, emancipation of convicts and government-funded education. Following his resignation in 1837, a statue of Bourke was commissioned, designed by Edward Hodges Baily, designer of the statue of Lord Nelson, atop Nelson’s Column, in London’s Trafalgar Square.

Sydney’s first public sculpture, the statue was unveiled in 1842 near the southern entrance to the Royal Botanic Gardens. Positioned on a high plinth, the figure faced the harbour, seeming to command the land and buildings to the harbour shore, an area of great significance to the local Cadigal and to the settlement.

Bourke’s statue was often depicted from behind, but this unknown artist has emphasised the commanding view, creating a sense of Bourke as hero and symbol of dawning civilisation.

In 1927 the statue was relocated outside the Mitchell Library building, where it still stands.