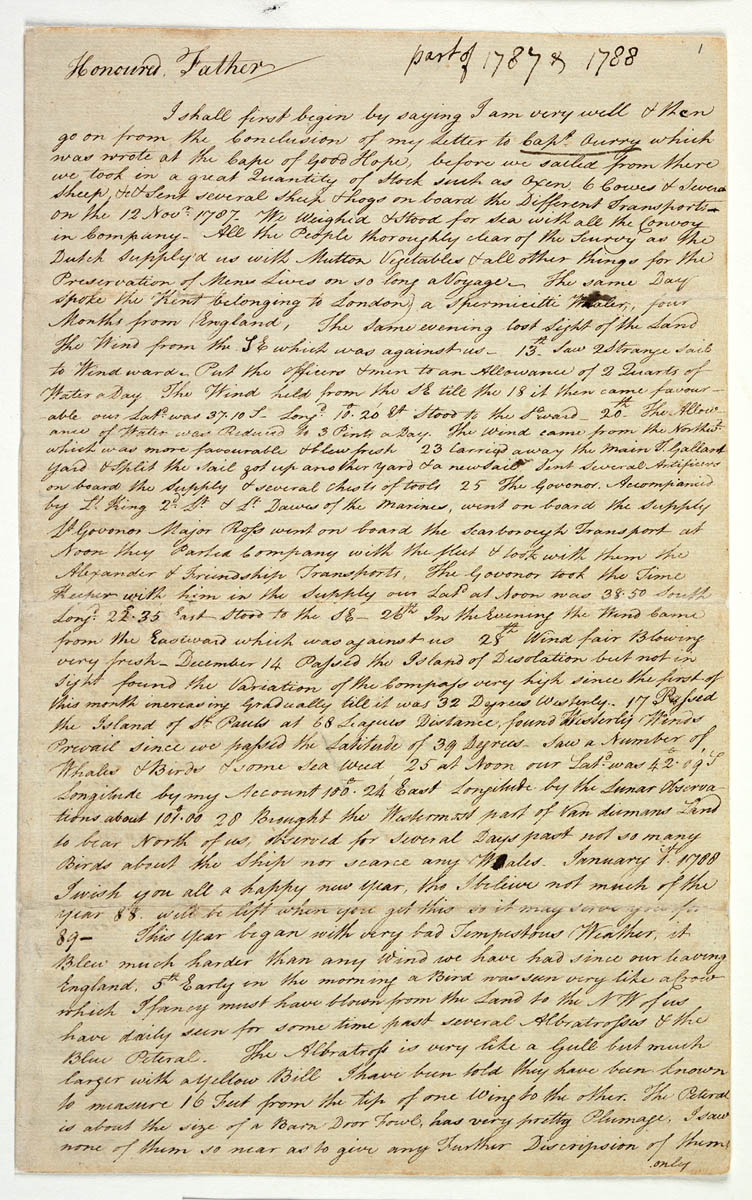 I last wrote you by a Ship bound to Holland at our first Arrival in this Place, giving you a Short Account of the Passage, &a Since which we have loaded the Ship with Provisions and are now ready for Sea again, & expect to Sail tomorrow Morning for Port Jackson. I dare say before this time you must have heard of our Arrival at Botany Bay, as I have heard of some of our Unlucky Transports leaving Rio de Jeneirio about 10 Weeks ago but unluckily I have not any Letter on board either of them which I am afraid will make you uneasy especially as I have heard we were all given up by most People in England, some Supposed we were Eat by the Savages, & some that we were lost on Some Rocks was the Report when the Harpy a South Sea Fisherman, left England We have been exceedingly well treated by the Govonor of the Cape & most of the Inhabitants, and the only Obstacle in our way in Getting what Supplies we wanted was the former Contractor (when Sir Richard Bickerton was here) who bought up all the Scarce Articles in hopes of getting what ever Money he might for it, but I am happy to say he was baulked in his Design, his Name is Van Kahman and despised by most People here on Account of his very exorbitant charges. I have had the Honor of Dining twice with the Govonor since we have been here, he is a very Plain affable man speaks English Midling well he seems exceedingly pleased at the Alliance, & all officers of the Prince of Orange's Party are seen with Orange Cockades. Since we have been here A Black man has been Executed, for Running a the Muck, it is pers Supposed the reason of it was Jealousy. which made him Chaw Beetle Root to such a Degree as to make him Insane,