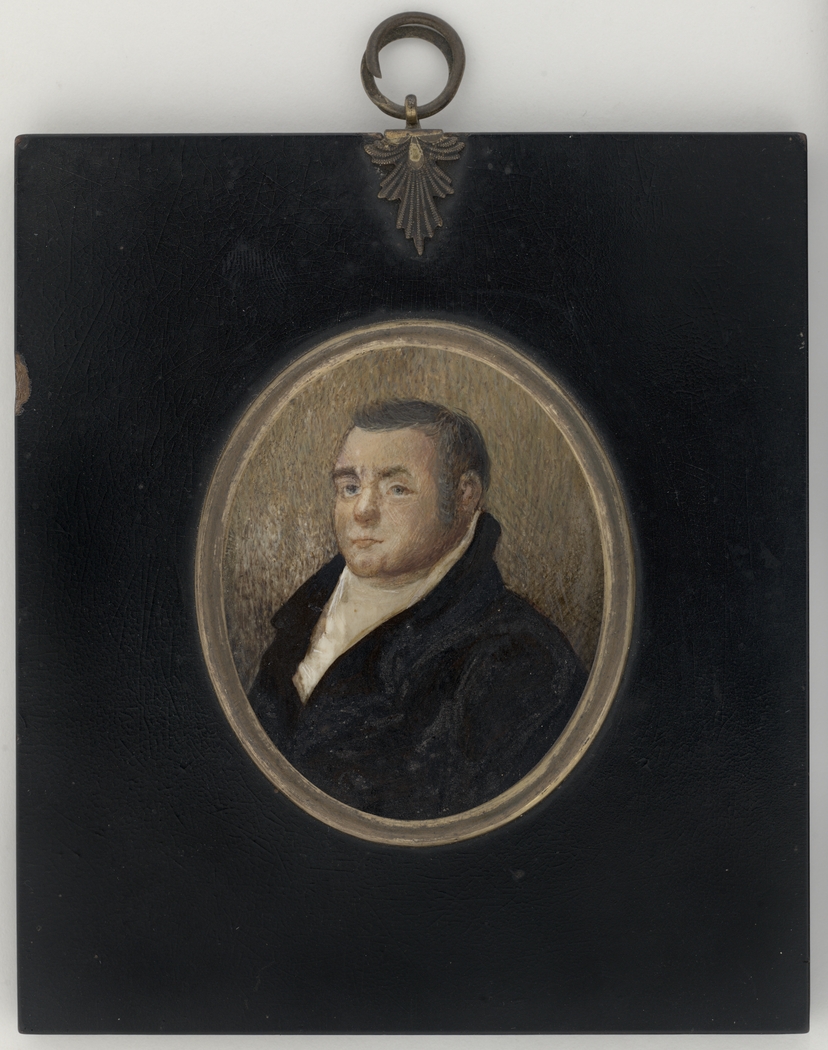 Collection History: By descent to Helen Ekin from her husband, Hugh. Given to Hugh by his grandparents, Hugh Ekin and Minnie Harris. Hugh and Minnie were first cousins and both descendants of John and Ann Harris of Moneymore, County Londonderry, Ireland.
John and Ann’s sons were Surgeon John Harris, and also George, William and Robert Harris. Hugh Ekin is descended from William Harris whose daughter was Eliza Ekin, nee Harris; and from Robert Harris from whom Minnie Harris is descended.

Administrative / Biographical Note: Surgeon John Harris (1754-1838) was a member of the Royal Navy and the NSW Corps. He was appointed surgeon's mate in the New South Wales Corps in 1789 and promoted surgeon in 1792. He arrived in New South Wales in the Surprize in June 1790 and was posted to Parramatta. In 1793 he was granted 100 acres of land at Parramatta. He bought the property, Experiment Farm, from James Ruse. He served as a magistrate in the colony, accompanied Barralier exploring the Hunter River in 1801 and was one of the first directors elected to the Bank of NSW. At his death in 1838 he had extensive landholdings in Parramatta, Ultimo and Five Dock.

He returned to England, aged 56, in 1810, to give evidence in the court martial of George Johnston for his role in the Rum Rebellion, and also visited his family in Ireland. He married, and returned to Australia in 1814.