Due to essential maintenance, digital image viewers in the old catalogue will be temporarily unavailable between 1 pm and 4 pm (AEDT) this Thursday, 9 December 2021. We apologise for any inconvenience caused. 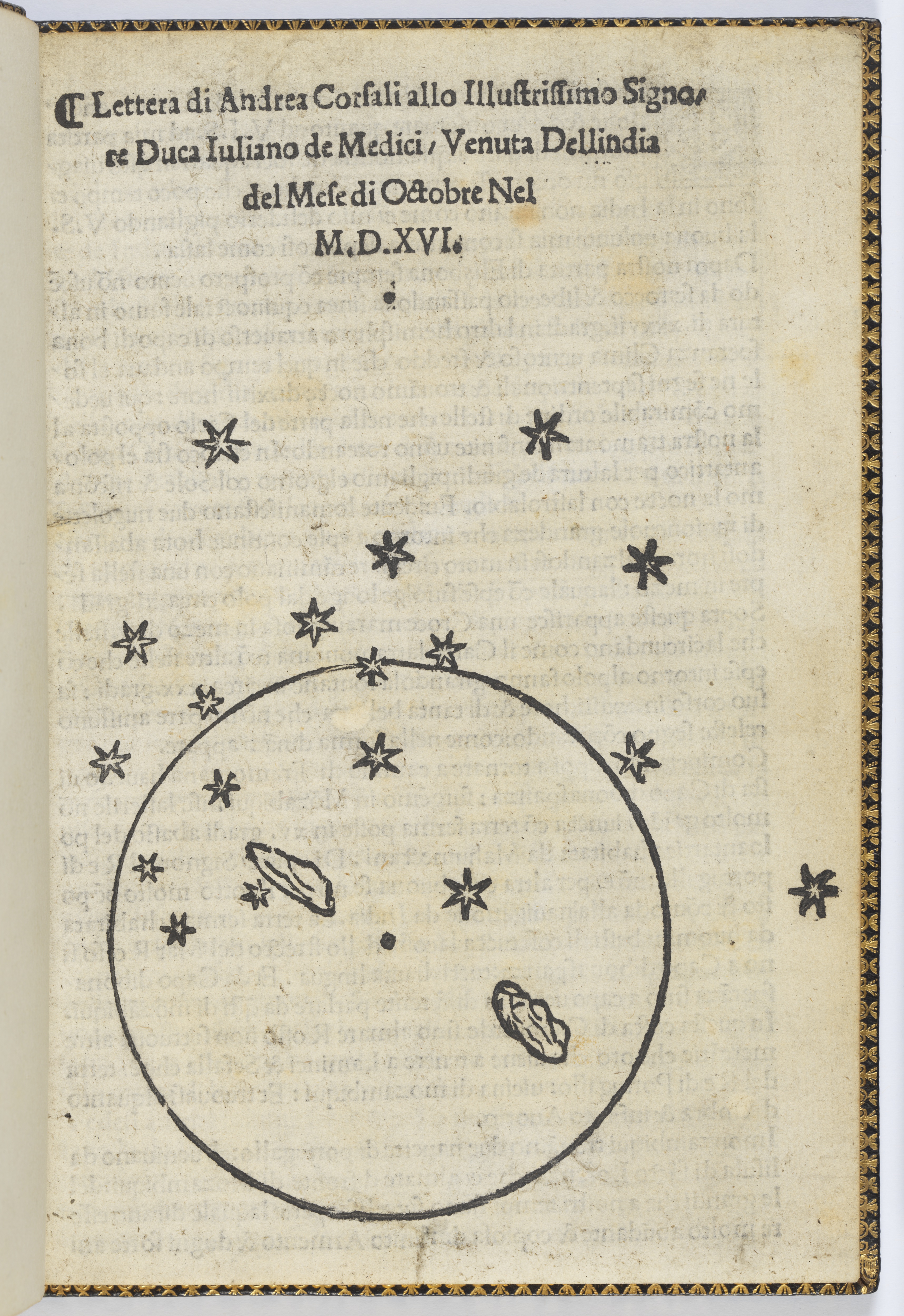 Before Europeans practised astronomy and explored the stars, the First Nations inhabitants of the Pacific region understood the significance of the Southern Cross within the night sky. Their knowledge of the movement of the moon and stars guided travel across the ocean, predicted the weather, and initiated important cultural ceremonies

The five stars of the Southern Cross are the brightest features in the constellation named Crux, Latin for cross. The two brightest stars, Acrux and Gacrux, point the way to the Southern Celestial Pole.

Corsali’s letter was privately published soon after it was received, making it one of the earliest illustrations of the Southern Cross in print. There are only four known copies of this publication, printed for private circulation within the Medici family.