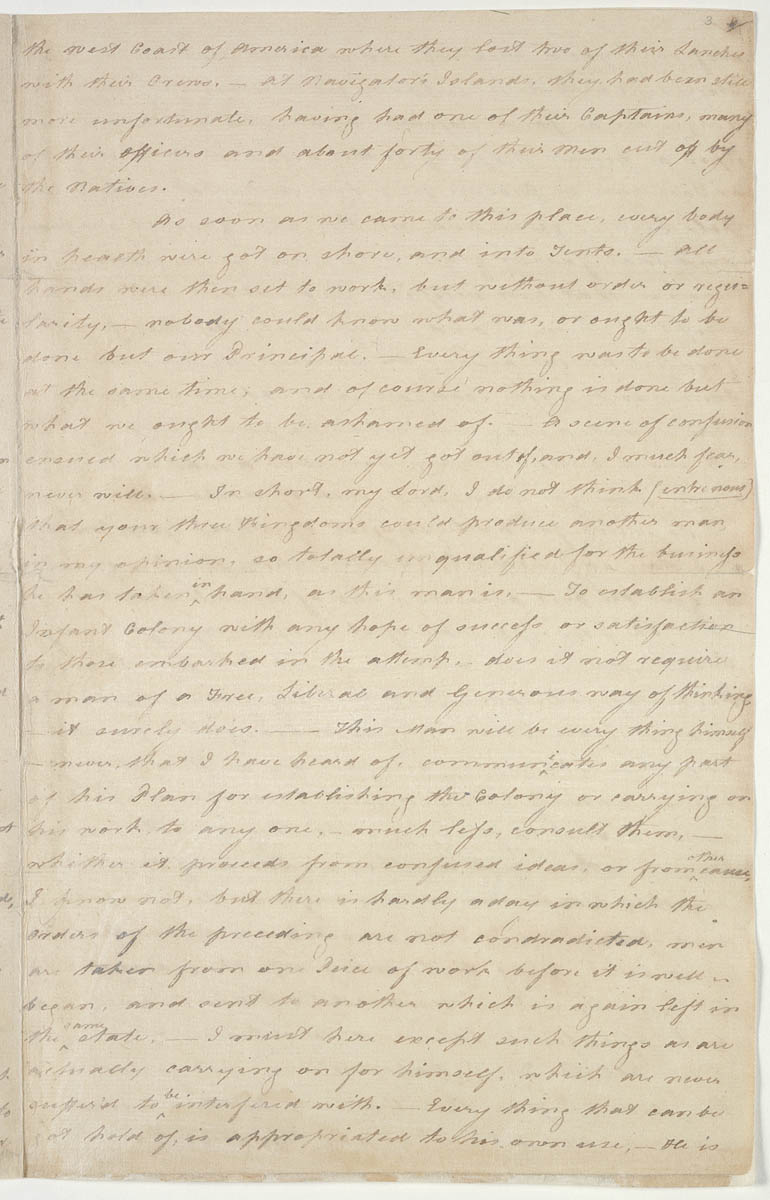 the West coast of America where they lost two of their Launches with their Crews. At Navigator’s Islands, they had been still more unfortunate, having had one of their Captains, many of their Officers and about forty of their Men cut off by the Natives.

As soon as we came to this place, every body in health were got on shore, and into Tents. All hands were then set to work, but without order or regularity, nobody could know what was, or ought to be done but our Principal. Every thing was to be done at the same time, and of course nothing is done but what we ought to be ashamed of. A scene of confusion ensued which we have not yet got out of, and, I much fear, never will. In short, my Lord, I do not think (entre nous) that your three Kingdoms could produce another man, in my opinion, so totally unqualified for the business he has taken in hand, as this man is. To establish an Infant Colony with any hope of success or satisfaction to those embarked in the attemp, does it not require a man of a Free, Liberal and Generous way of thinking, it surely does. This Man will be every thing himself - never, that I have heard of, communicates any part of his Plan for establishing the Colony or carrying on his work, to any one, much less, consult them, - whither it proceeds from confused ideas, or from other cause, I know not, but there is hardly a day in which the orders of the preceding are not contradicted, men are taken from one Peice of work before it is well begun, and sent to another which is again left in the same state. I must here except such things as are actually carrying on for himself, which are never suffer’d to be interfered with. Every thing that can be got hold of, is appropriated to his own use, He is