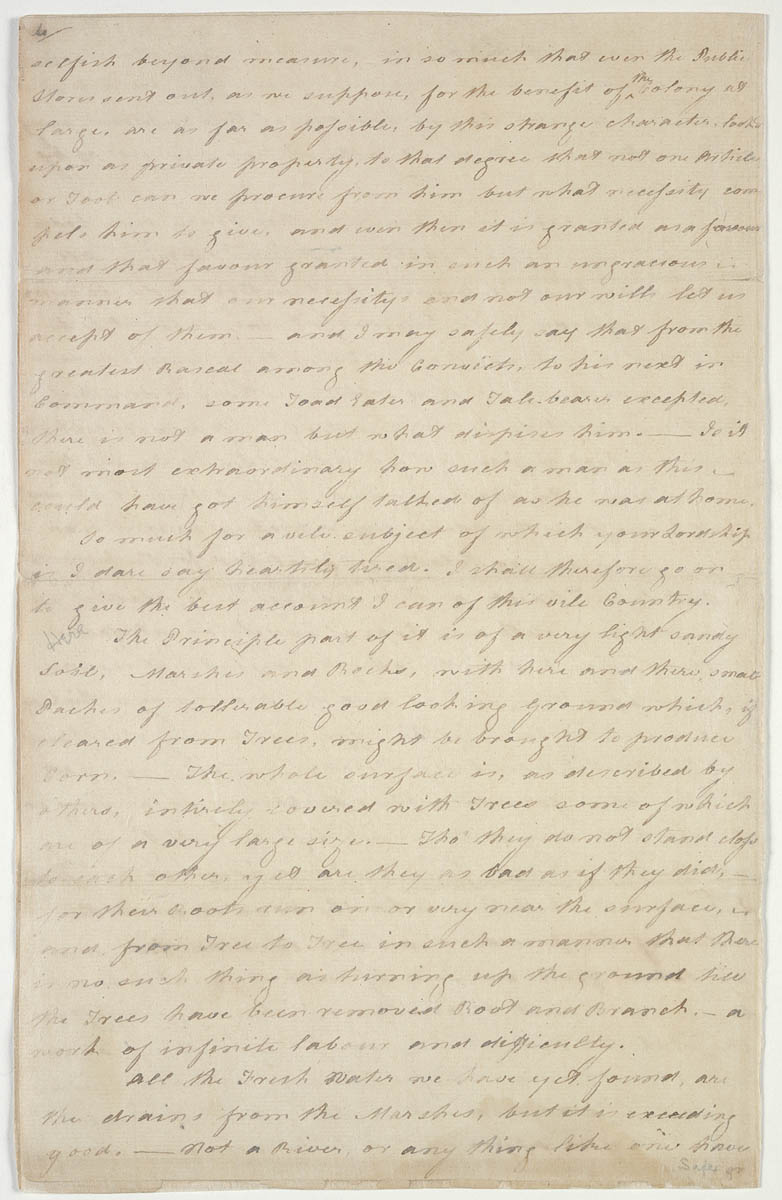 selfish beyond measure, in so much that even the Public Stores sent out, as we suppose, for the benefit of the Colony at large, are as far as possible, by this strange character, lookd upon as private property, to that degree that not one Article or Tool can we procure from him but what necessity compels him to give, and even then it is granted as a favour and that favour granted in such an ungracious manner that our necessitys and not our wills let us accept of them. and I may safely say that from the greatest Rascal among the Convicts, to his next in Command, some Toad Eater and Tale-bearer excepted, there is not a man but what dispises him. Is it not most extraordinary how such a man as this could have got himself talked of as he was at home.

So much for a vile subject of which your Lordship is I dare say heartily tired. I shall therefore go on to give the best account I can of this vile Country.

The Principle part of it is of a very light sandy Soil, Marshes and Rocks, with here and there small Paches of tolerable good looking Ground which, if cleared from Trees, might be brought to produce Corn. The whole surface is, as described by others, intirely covered with Trees some of which are of a very large size. Tho’ they do not stand closs to each other, yet are they as bad as if they did, for their roots run on or very near the surface, and from Tree to Tree in such a manner that there is no such thing as turning up the ground till the Trees have been removed Root and Branch. A work of infinite labour and difficulty.

All the Fresh Water we have yet found, are the drains from the Marshes, but it is exceeding good. Not a River, or any thing like one have