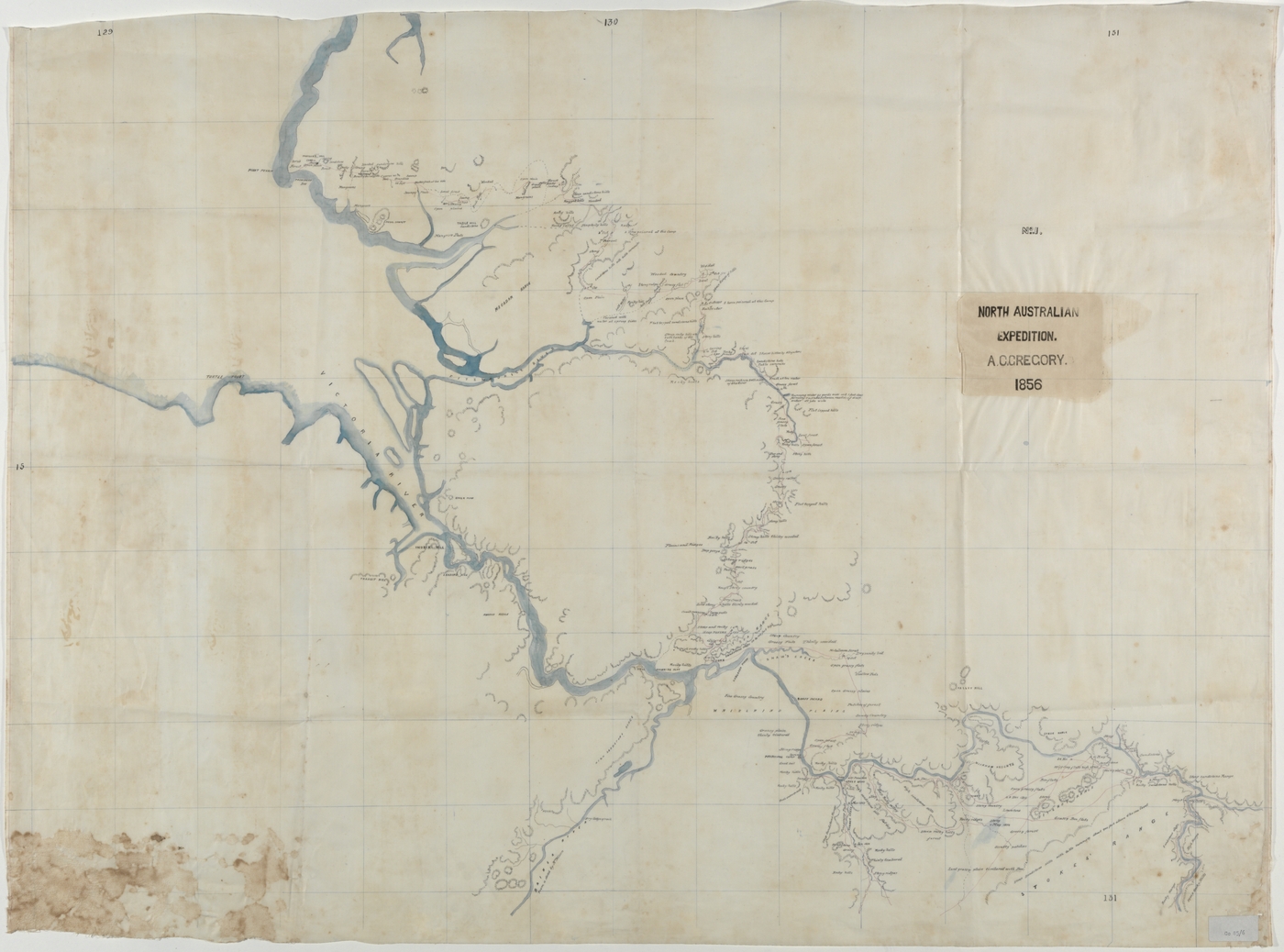 After several successful exploring expeditions north of Perth, Gregory was selected to lead a scientific expedition of the north of Australia consisting of eighteen men in 1855-56, financed by the British Government and sponsored by the Royal Geographic Society in London.  One of the aims of this expedition was to discover the extent of natural resources in the north of the country.

Starting out at Moreton Bay, the expedition travelled over 11,000 km by sea and land, up the Victoria River from it’s mouth in the north-west of the Northern Territory, traced Sturt’s Creek for almost 500 km, hoping it would end in an inland sea; however it filtered out into desert. They then ventured east and explored the Elsey, Roper and Macarthur River systems, crossed and named the Leichhardt River and then travelled back to Brisbane via the Flinders Burdekin, Fitzroy and Burnett Rivers.

These maps show the topography along the route taken by North Australian Exploring Expedition, from Point Pearce, up the Victoria River and 300 miles along Sturt Creek, ending in the Sandy Desert.