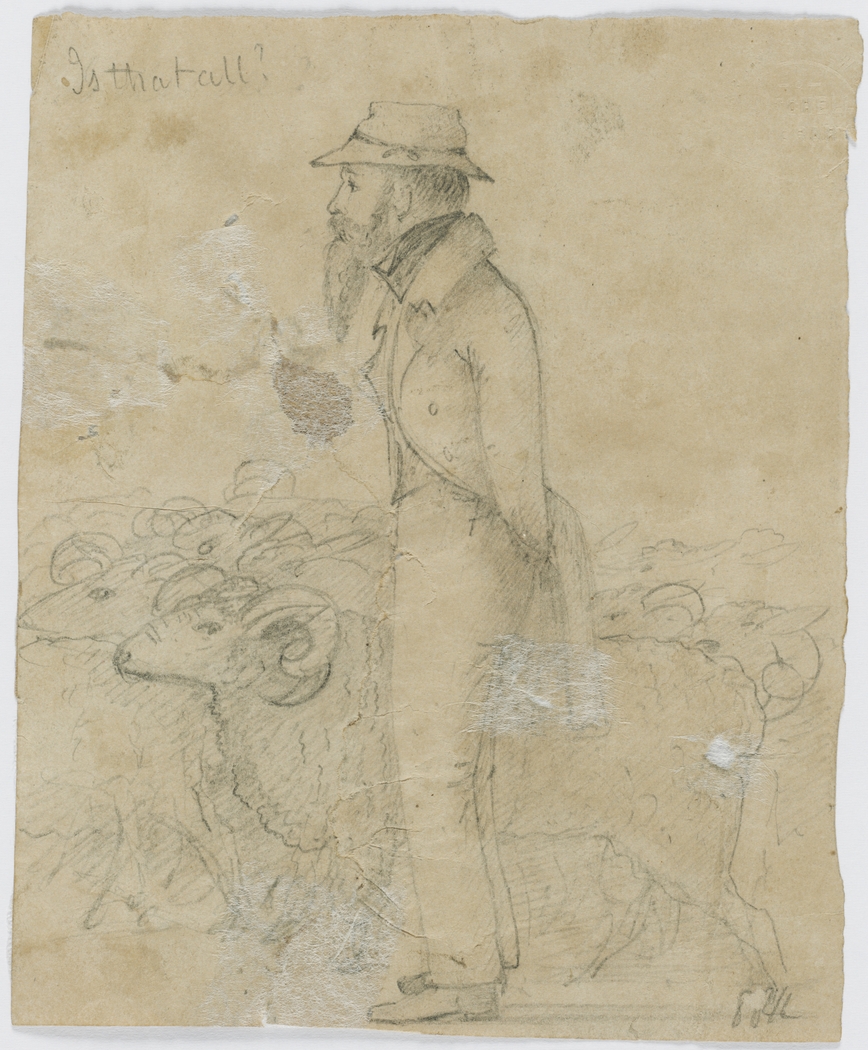 An album of sketches belonging to Phillip Parker King (many by him), which relate to his surveys of the north-west coast of Australia and Tasmania between 1817 and 1822 in the vessels Mermaid and Bathurst; and of South America in 1826-1830 commanding HMS Adventure, in company with HMS Beagle. Some early caricatures by King are included. Later material in the album may have been added by P. P. King's son, Philip Gidley King.

For further information see:
King, Phillip Parker. Narrative of a survey of the intertropical and western coasts of Australia : performed between the years 1818 and 1822. London : John Murray, 1827; and Narrative of the surveying voyages of his Majesty's ships Adventure and Beagle, between the years 1826 and 1836 : describing their examination of the southern shores of South America, and the Beagle's circumnavigation of the globe. Volume 1. Proceedings of the first expedition, 1826-1830, under the command of Captain P. Parker King. London : Henry Colburn, 1839

See also:
PXn 790 for notes on this album compiled by Philip Gidley King the younger in 1903. A transcript of these notes is filed at PXn 951.

No. 12: paper is watermarked "Whatman 1810". Ink sketch appears to be after a pencil portrait of Baudin ca. 1802, by Nicolas-Martin Petit (private collection, Melbourne).
See:
The Encounter, 1802 : art of the Flinders and Baudin voyages / [compiled by] Sarah Thomas (Adelaide : Art Gallery of South Australia, 2002); Terre Napoleon : Australia through French eyes, 1800-1804 / Susan Hunt, Paul Carter (Sydney : Historic Houses Trust of New South Wales in association with Hordern House, 1999); Baudin in Australian waters : the artwork of the French voyage of discovery to the southern lands 1800-1804 / edited by Jacqueline Bonnemains, Elliott Forsyth and Bernard Smith (Melbourne : Oxford University Press in association with the Australian Academy of the Humanities, 1988)
No.48 has been attributed to Phillip Parker King.

Another library copy of lithograph and inscription no. 50-50a is recorded in ML correspondence as being inscribed "A. Picken lith. / Day & Haghe, lithrs. to the King" (CY 3250 p.316)
Most titled on image or the reverse
Many items bear faint notes inscribed by King. These are recorded at PXn 951