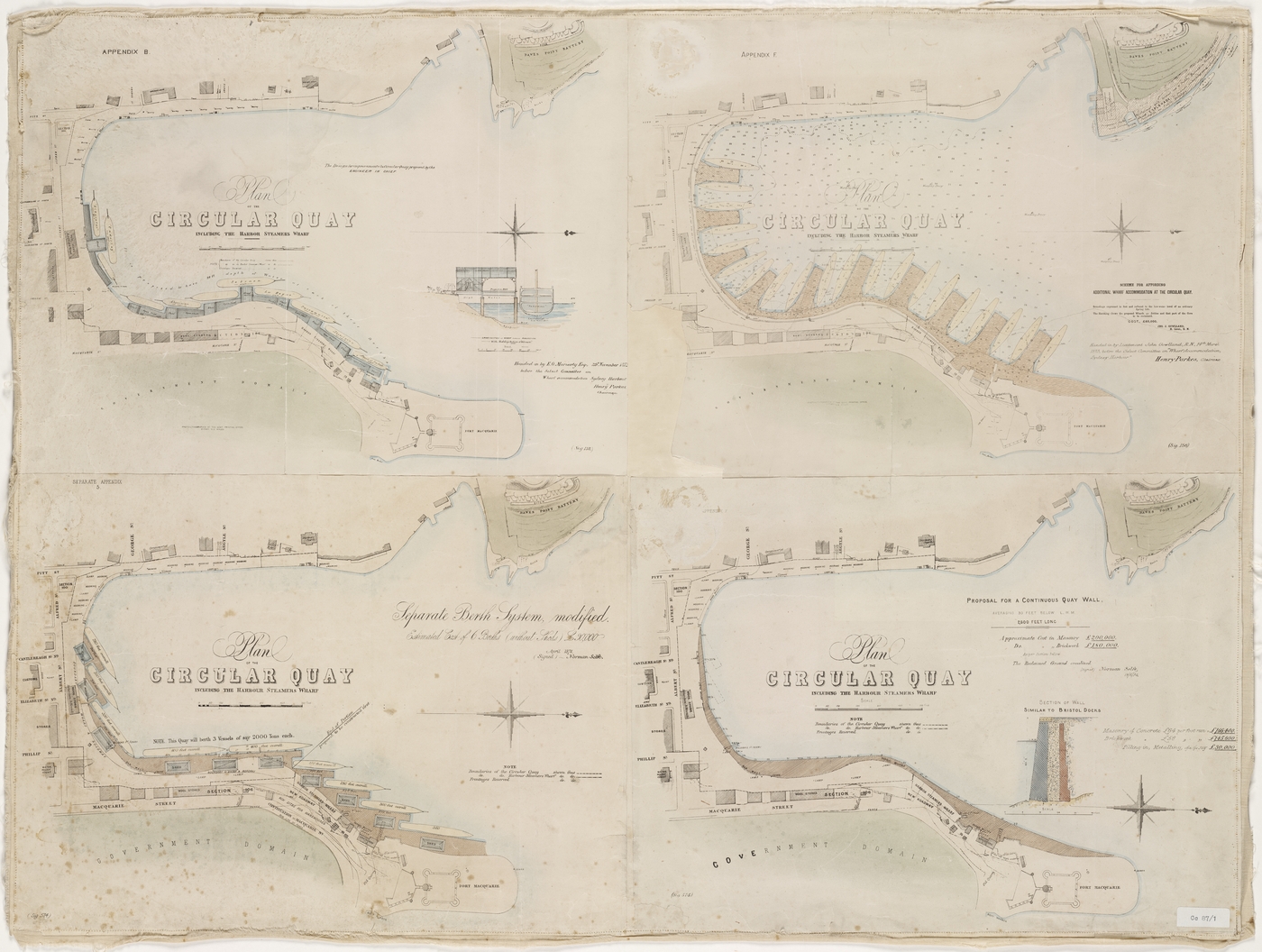 In 1872 a Select Committee was set up 'to consider and report upon the best means of improving the Wharf Accommodation of Sydney Harbour, and providing greater facilities for the loading and unloading of Vessels.' According to the Chairman of the committee, Henry Parkes, 'the Circular Quay in its present state, looking to the commercial importance of the port, is a disgrace to the country.'

This map shows a selection of 4 plans submitted to the Committee. The plan considered the most advantageous by the Committee was the one submitted by Lieutenant John Gowlland, seen here as Appendix F (top right). According to Gowlland, his plan 'gives the greatest amount of wharf accommodation in a limited space; that it is much easier to get vessels into and out from their berths, and that it is the least expensive.' According to Gowlland it would cost approximately 60,000 pounds.

An additional feature of the Gowlland plan was the extension of George Street down to Dawes point where a safe area would be created for loading and unloading public passengers taking pleasure trips around the harbour, separate from the congestion of the main port. This set of plans was prepared by Norman Selfe, the well known draftsman and engineer, who later designed a cantilever harbour bridge from Dawes Point to McMahon's Point.