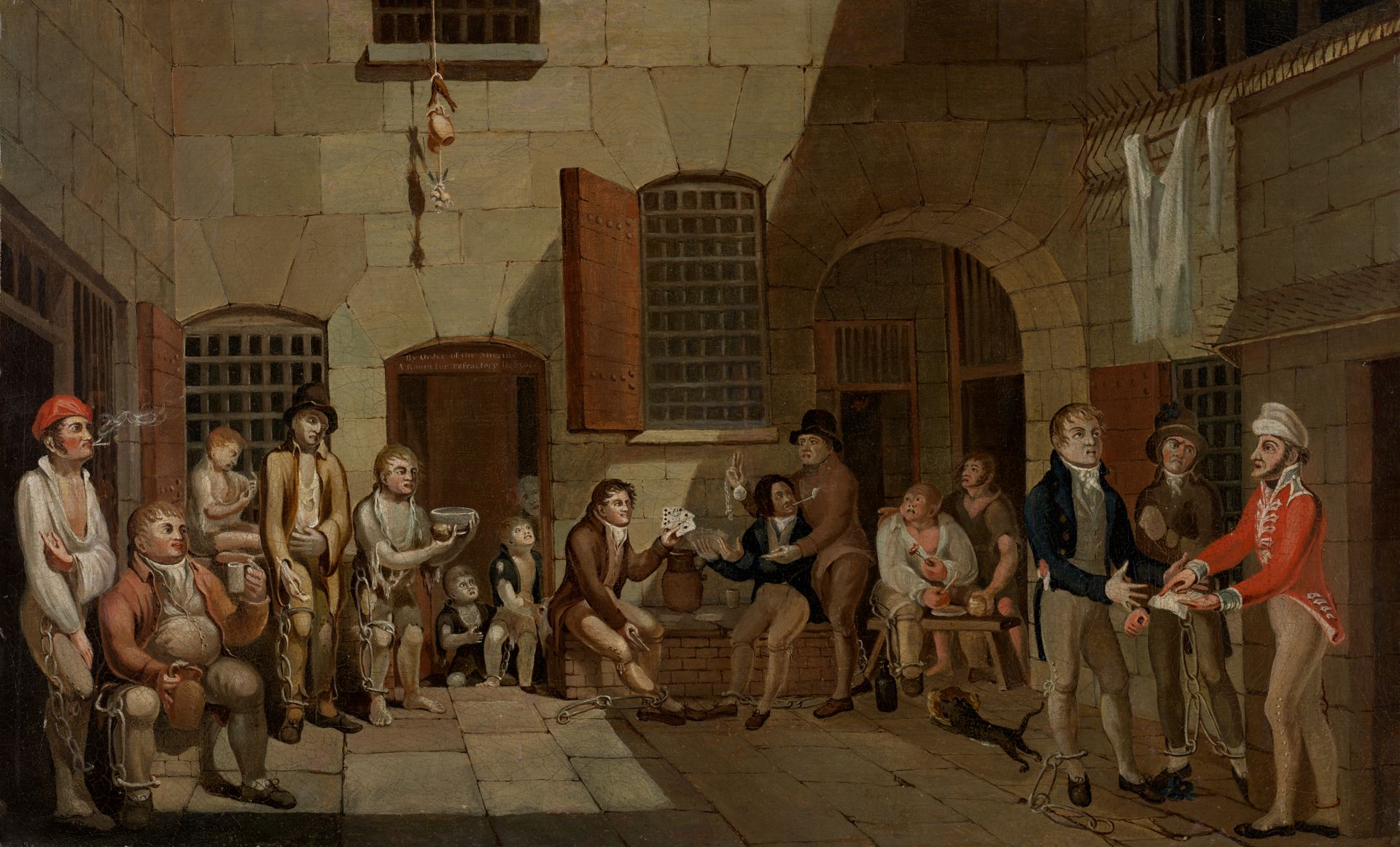 English-born architect Francis Greenway was convicted of forgery and transported to New South Wales, arriving in 1814. Governor Lachlan Macquarie appointed him as Australia’s first Government Architect. His buildings were much admired and include St James’ Church on Sydney’s Phillip Street, Hyde Park Barracks and the Sydney Conservatorium on Macquarie Street, originally the Government Stables.

Awaiting trial in Newgate Prison, Bristol, Greenway completed two paintings which depict the prison building and prisoners in great detail. While some prisoners appear well dressed, most are dishevelled, many are barefoot and in rags. Playing cards, smoking, eating and drinking, all are in chains, even the children. A cat licks out of a discarded bowl on the floor.

A card player, distracted by the person behind him, fails to notice his hand of cards is being revealed to his opponent. The man standing on the far left, smoking, wears a red cap thought to provide protection from venereal disease.