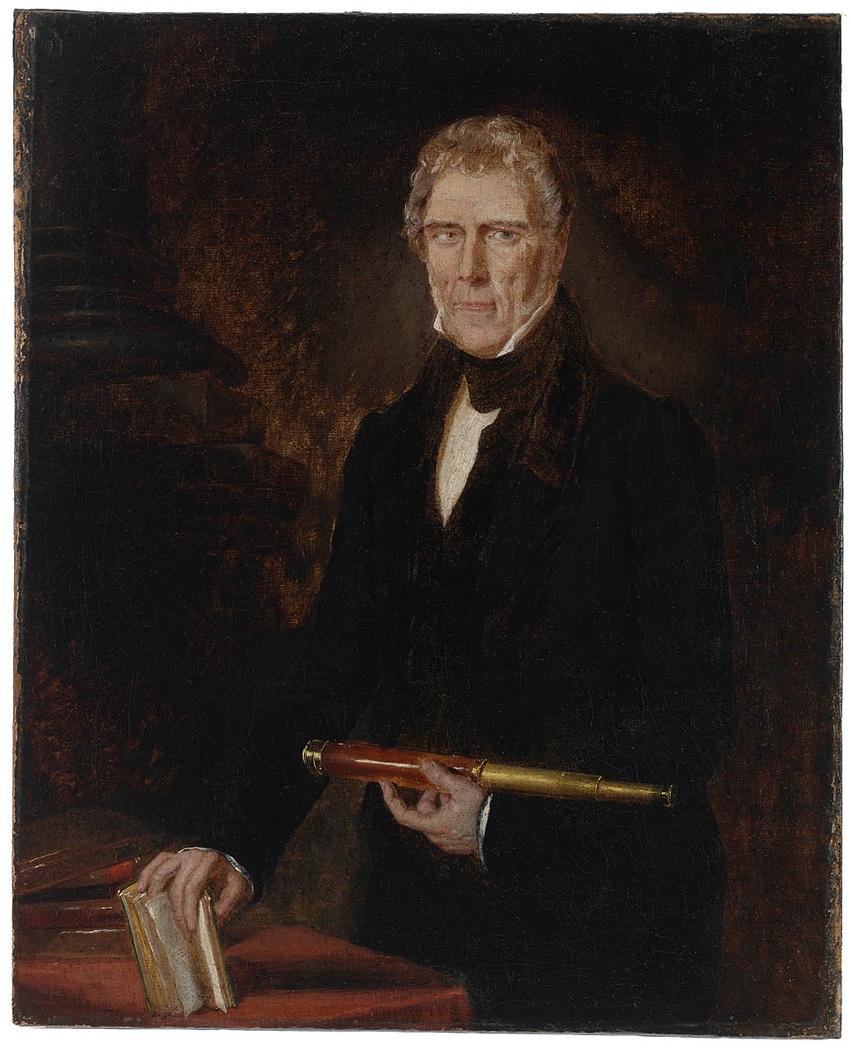 The identity of this sitter, Solomon Wiseman, was provided by a family descendant. Wiseman, convicted of theft, was sentenced to transportation and arrived in the colony in 1806. Having received a pardon in 1812 he became a successful businessman — transporting timber, establishing inns, and operating ferry services.

Wiseman’s Ferry was named after Solomon Wiseman. One of the earliest settlers on the Hawkesbury, he was the inspiration for the novel The Secret River, written by his descendant, author Kate Grenville.

The telescope that features in this portrait remains in Wiseman family hands. According to a Supreme Court Judge who used to stay with Wiseman on the Hawkesbury, he was ‘never without a telescope in hand, with which he kept a look-out for travellers’.