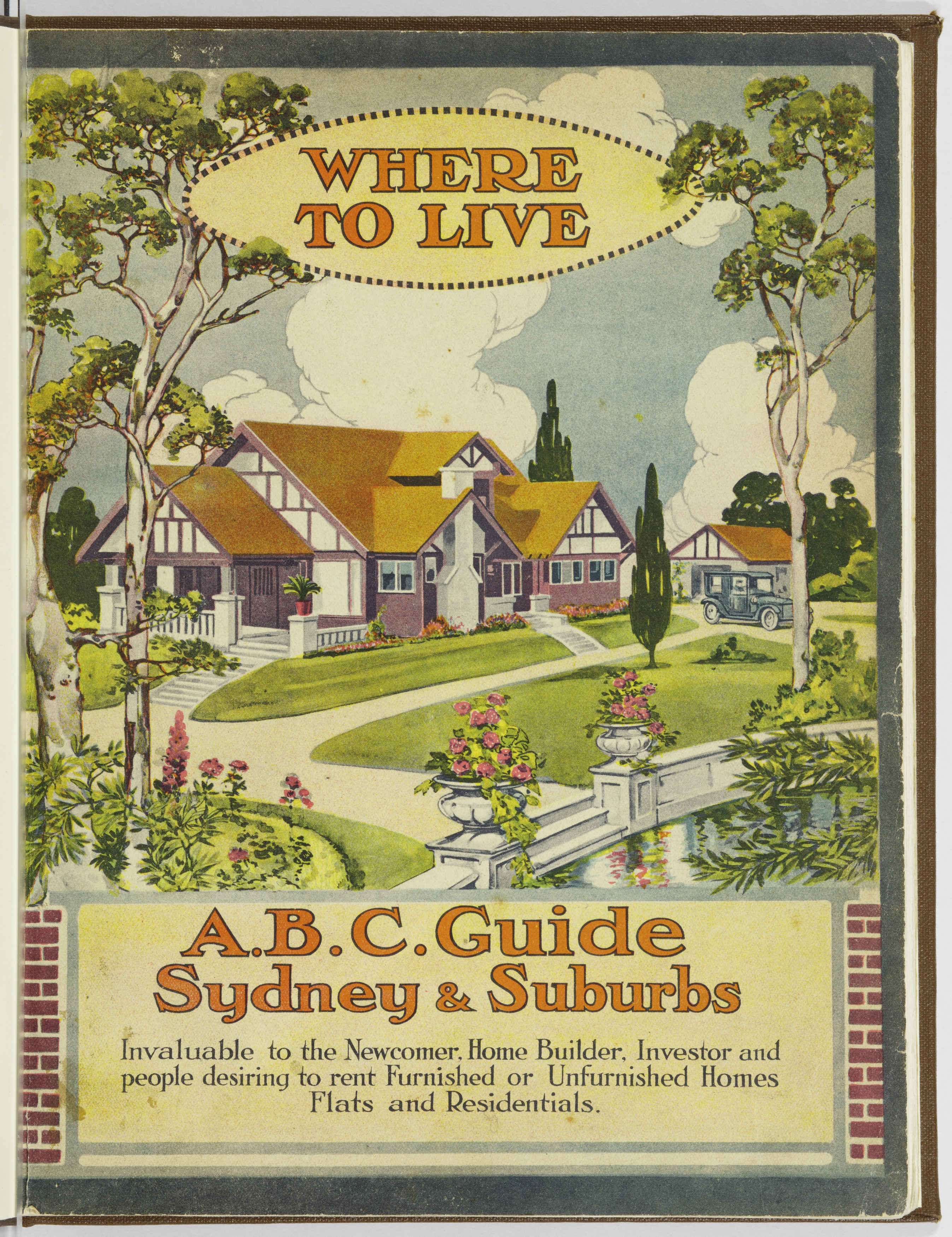 Where to live: A.B.C. Guide Sydney & Suburbs, giving particulars of about 100 districts in and around Sydney with numerous illustrations - Invaluable to the Newcomer, Home Builder, Investor and people desiring to rent Furnished or Unfurnished Homes Flats and Residentials.

Compiled by M.A. Harris and published in 1917, Where to live gives an alphabetical account of Sydney’s many suburbs, commenting on their architectural style, data on each suburb's population, train fares, electricity, gas and council rates and average house prices. There are also detailed comments about the unique characteristics of each suburb. Magazine style, the publication is full of advertisements for real estate agents, property developments and various architectural trades, as well as car garages, and home fixtures such as ‘oscillating portal wall beds’.

To the city business man, or the worker, we anticipate that this publication will be a big boon. Without some comprehensive guide such as this, the selection of the most suitable suburb to create a home, as well as the choice of the type of residence desired, is, to say the least of it, a laborious task… (pg vii)

View collection item
Collection Item Type:
Call Number:
IE4649505
Published date:
1917
This image may be used freely without requesting permission. Please acknowledge that the image is from the collections of the State Library of New South Wales.